How should Chinese sci-fi travel abroad? What are the similarities and differences between Chinese and Western sci-fi? Liu gave China News Service’s "East West Quest" an exclusive interview.

Liu Cixin: I have been a science fiction fan since childhood. When I was 18, my life changed after I read 2001: A Space Odyssey by Arthur C. Clarke, my favorite science fiction writer. Clarke’s works are exactly my ideal science fiction, which with a sense of awe depict the relationship between human and the universe in a magnificent manner.

I remember the night I finished reading 2001. I looked up at the starlit sky and suddenly felt that it became completely different from my previous understanding. Then I began to feel awed by the grand and mysterious universe. It was these feelings evoked by Clarke’s works that made me decide to become a science fiction writer.

Liu Cixin: When I am writing, I do not consider whether it is a story told in Chinese language or Western language.

I believe, to be more precise, it is a language of science fiction, which doesn’t have to be something intrinsic to the Asia or the West. I am Chinese, so my works would naturally contain something from China. However, there would be Western elements in my works, too, because science fiction is a literature introduced from the West.

CNS: So in your opinion, what are the similarities and differences between Chinese and Western science fiction?

Liu Cixin:I believe their similarities far outweigh their differences. They both vary in writing styles and subject matter, and spotlight national identity, collectivism and individualistic heroism.

When it comes to their differences, I found that they focus on different matters. For example, Western science fiction frequently refers to racism, sexism, interethnic oppression, alienation to human by science and technology, and other concerns, while its Chinese counterpart pays more attention on future development of mankind and how to enlarge the sphere of existence in outer space.

Furthermore, as Western science fiction, especially American science fiction, is closely linked with a Christian cultural background, it has different ways of perceiving things, compared to Chinese fiction. For example, the former is more concerned with creating life in the science-fiction world, while the latter does not attach much weight to it.

Generally, the differences exist objectively because of cultural distinction and leave no impact on their respective outstanding literary values.

Liu Cixin: Such a trend is foreseeable. Science fiction, as a young literature, is by nature full of vitality and brimming with the young generation’s active mind and rich imagination. Meanwhile, it can also represent the young’s hope to break through their narrow daily life and reach a much broader space and explore a new world. Science fiction in this case is a literature category emphasizing imagination. But a dialectical thinking should be adopted when it comes to the future of Chinese science fiction.

Outstanding science fiction writers are the product of the golden age in this area, and in my view enhanced publishing cannot change such a situation.

CNS: Do you think it's time for a golden age of Chinese science fiction literature?

Liu Cixin: Again, this has to be viewed dialectically.

On the other hand, global technological development has put science fiction in a tight spot

To expand on this, science fiction literature stems from people’s detached strangeness and curiosity about science. At the beginning of the electrical age (the 1930s to 1960s), technology had not yet penetrated deeply into public life, so people were still in awe and curious about science. Now, however, as technological advances fade away the curiosity of the masses, science fiction creation worldwide has entered a dilemma.

CNS: You said that technological progress has sapped the imagination of science fiction creations, but it is commonly believed that human imagination is limitless. Is this a contradiction?

Liu Cixin: I agree that there is no end to imagination, and that science and technology can never catch up with human imagination. But I think that the kind of fading is the wear and tear of curiosity. A child is curious about many things because of the lack of technological development, but with the progress of technology, people will become used to it and numb, so the acuity for new things is worn out. You can never return to the feeling of childhood. This is the current situation faced by science fiction writers and readers worldwide. 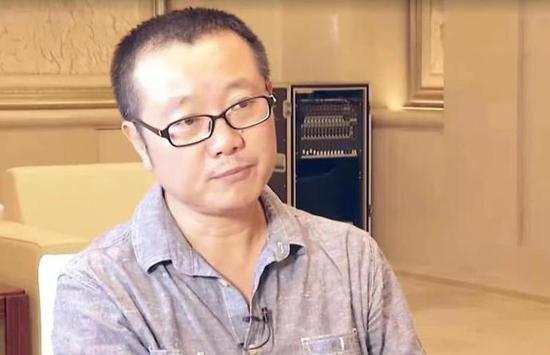 Liu Cixinis a prominent Chinese science fiction writer.He is a nine-time winner of China's Galaxy Award and has also received the 2015 Hugo Award for his novel The Three-Body Problem as well as the 2017 Locus Award for Death's End. He is also a winner of the Chinese Nebula Award.