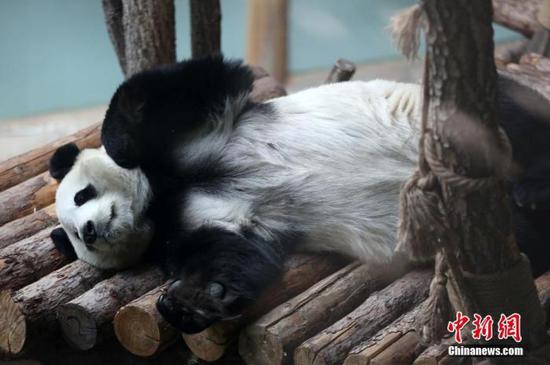 (ECNS) -- As morning temperatures drop to minus 10 degrees Celsius in Xining, Northwest China's Qinghai Province, the health of four pandas at the Qinghai-Tibet Plateau Wild Zoo has caused some people to worry.

But a visit to the zoo shows that the animals haven't been affected by the hard conditions at all.

The pandas, one male and three females, are six-year-old He Xing (male), three-year-olds Yuan Man and Qi Guo, and eight-year-old Shuang Xin.

Snowfall has hit Xining twice this winter. Each time, the pandas have enjoyed the conditions, rolling around, playing and being frisky in the snow.

"The ideal temperature for pandas is between minus 5 degrees Celsius and 26 degrees Celsius," said Bai Tao, general manager of the zoo's Panda House.

The Panda House is equipped with central air conditioning. Breeders can monitor the temperature in real time and take measures if the pandas feel unwell, Bai said.

In June, the four much-treasured animals came to the Panda House from the Chengdu Research Base of Giant Panda Breeding in Sichuan Province.

The Panda House has received about 400,000 visitors since it opened. 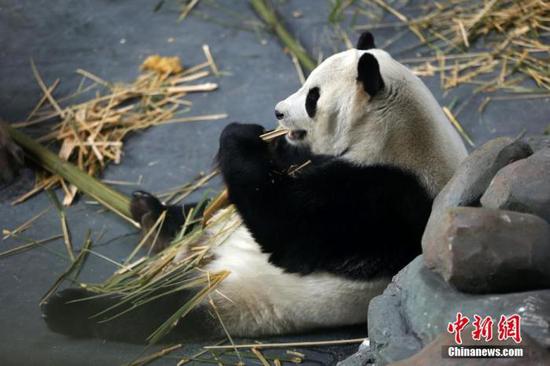