Shanghai Disneyland to allow outside food, but no watermelons and durians 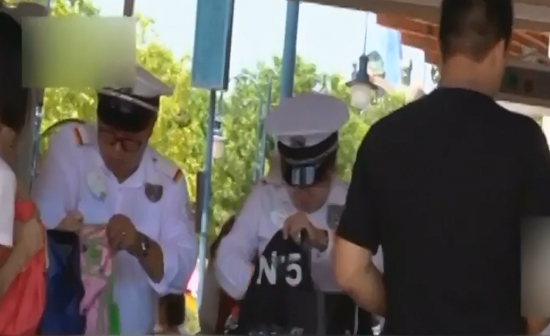 (ECNS) - Shanghai Disney Resort has rolled out a new rule that allows some food to be brought into the complex following a controversial legal case filed by a visitor.

Pungent smelling foods, or those that need heating, freezing or processing are not allowed according to a statement by Shanghai Disneyland.

Though tourists can bring in bottled beverages, the park itself has 50 sites offering cold drinking water and 20 sites with warm water, all free of charge.

The resort will improve its safety check services to make them friendlier and people-orientated. Guests will be encouraged to open their bags, remove any banned items and return items from their bags themselves when security screening is complet.

The policy shift comes after a Chinese law student sued Disney in March over the park’s ban on outside food. The case became a sensation on social media as some perceived it as discrimination against Chinese customers.