The Bay Area includes nine cities in Guangdong Province as well as the Hong Kong and Macao Special Administrative Regions. It has a total population of roughly 70 million people and an average per capita gross domestic product (GDP) of 23,000 U.S. dollars, well above the 2018 average for China as a whole, which sits at 9,771 dollars according to the World Bank.

"The Greater Bay Area is of great market potential not only for businesses from Guangdong, Hong Kong and Macao, but for all overseas Chinese," Choi Koon-shum, chairman of the Chinese General Chamber of Commerce in Hong Kong, said at the conference.

"Guangdong is very strong in advanced manufacturing. Hong Kong's strength in finance and modern services could help manufacturing businesses in Guangdong better link to the global market," he added.

"Young people from Hong Kong and Macao are more welcome to start up their businesses in the Bay Area thanks to a series of preferential policies and an improved business environment," said Jack Lam, director of the Guangzhou Tianhe District Hong Kong-Macao Youth Association.

Liu Yiliang, chairman of the Association of Returned Overseas Chinese Macau, said Macao entrepreneurs should consider combining their specialties with the needs of the country. He added that they should also utilize the government's preferential policies issued for Macao.

The conference drew more than 400 overseas Chinese living and doing business in over 100 countries and regions. 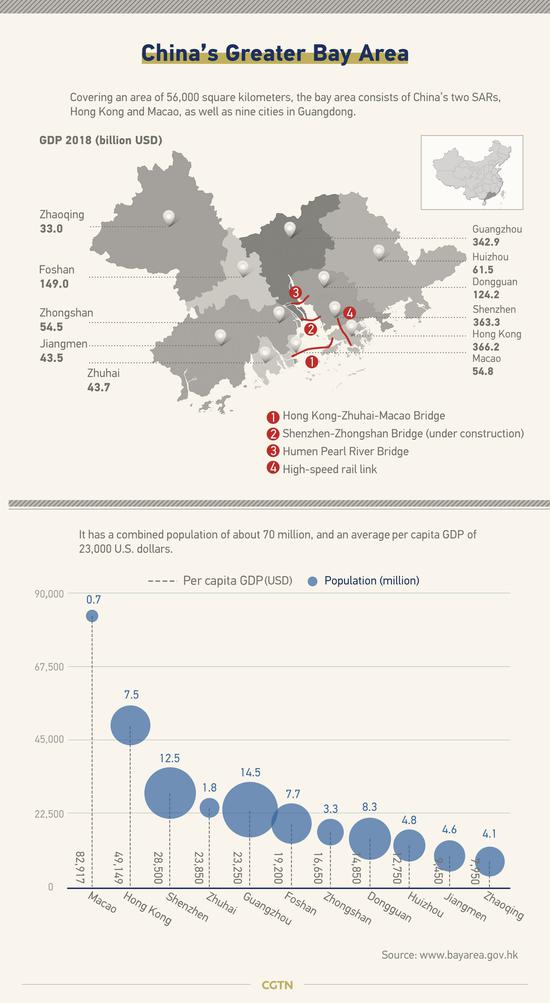