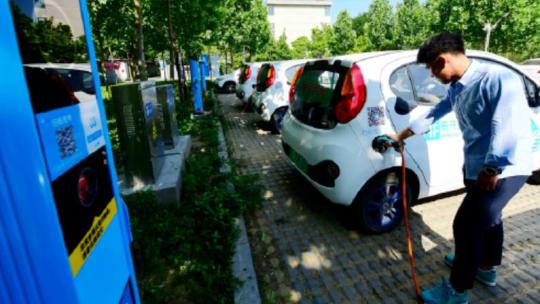 Bid to tackle electric vehicle adverts that use disputed statistics

To tackle the issue of electric vehicles' ranges falling short of what is advertised, a practical range test standard based upon China's roads is expected to come out to reassure the public and shore up the healthy development of the industry.

The prevailing range test standards for electric vehicles in China are the New European Driving Cycle, known as NEDC, and a constant speed test of 60 kilometers per hour.

However, since constant speed is an ideal practice, this test is recognized as an exaggerated boast by some customers and insiders.

"Some automakers are still applying the range determined by the 60 km/h constant speed test to promote their electric vehicles, which is sort of self-amusement," said Li Xiang, founder and CEO of Beijing CHJ Automotive Technology, on his Sina Weibo account at the beginning of March.

According to Li, the 60 km/h constant speed test is inconsistent with actual driving. This results in a big gap between the test range and the actual range.

Although the Ministry of Industry and Information Technology has stipulated that electric carmakers should place more emphasis on the NEDC range, numerous automakers use the 60 km/h constant speed range as their selling point, reported the ce.cn news website hosted by Economic Daily.

Data shows that electric cars can reach maximum range only when driving at an average speed of 60 km/h and at temperatures of around 20 Celsius.

Some automakers focus on the ideal maximum range to alleviate consumers' anxiety and reduce their resistance to electric vehicles, according to ce.cn.

"The range tested at 60 km/h constant speed is just an advertising means adopted by the carmakers, which cannot stand for the real driving range of the electric vehicles and has no practical significance," said Wang Zidong, director at the power battery testing center of the National 863 Electric Vehicle Project, reported by ce.cn. Wang added that when buying an electric car, customers should take the NEDC range as a reference.

His words are echoed by Wang Binggang, a senior expert on China's national new energy car initiative. He said current battery technology cannot meet the requirements of high-speed and long-distance intercity driving. This must be made clear to customers, he said at a seminar in early March.

Wang suggested that electric vehicle specifications should note not only the NEDC range, but also the range under high-speed driving. High-speed driving uses more energy to counter wind resistance.

Meanwhile, the NEDC range has received doubts from insiders because of its limitations.

Considering that the NEDC has a short test time, low test speed, few changes in speed and does not consider the influence of temperature, insiders insist there is still a gap between the NEDC range and the actual range.

It is rumored China's test standard will be enforced in coming years, which will provide more realistic driving ranges to customers and bolster the sound development of the industry, said insiders.