Major oil and gas sector reforms in the pipeline 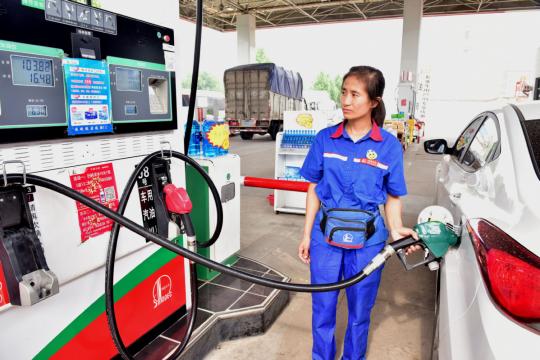 As China is likely to create a giant oil and gas pipeline company this year as part of the nation's effort to reform the State-owned petroleum industry, insiders believe the move will shake up the petroleum sector and break the monopoly in the oil and gas sector.

The new oil and gas pipeline company, which is likely to be established around the middle of this year, according to China Securities Journal, will operate in a market-oriented manner after the acquisition of the related assets of the country's three national oil companies - China National Petroleum Corp (CNPC), China Petroleum and Chemical Corp (Sinopec) and China National Offshore Oil Corp (CNOOC).

The companies have a combined asset value of up to 500 billion yuan ($75 billion), according to Bloomberg.

Li Jin, chief researcher at the China Enterprise Research Institute, said the establishment of a new pipeline company is part of the nation's oil and gas reform. Other fields including oil and gas exploration might see new moves as well.

Na Min, a senior analyst for oil and gas at Bloomberg New Energy Finance, said the government has been trying to overcome obstacles facing the industry for years.

"As an independent entity, the new pipeline company is expected to attract social investment and speed up the construction of the pipeline network, while granting third party access to incentivize the upstream investment and further unlocking resource potential," she said.

Lin Boqiang, head of the China Institute for Studies in Energy Policy at Xiamen University, said that setting up the pipeline company is a trend and only a matter of time.

It is followed by China Petroleum and Chemical Corp, the world's largest refiner by volume, which has around 10 percent of the country's crude pipelines and 15 percent of its total gas pipelines.

Since gas pricing reform was rolled out nationwide in 2013, China has seen extensive reforms aiming to streamline the gas industry chain. The ultimate direction of the reforms, Na said, is to regulate the midstream and liberalize the upstream and downstream sectors.

However, Na said there are still uncertainties at the operational level in terms of how this gigantic pipeline entity will interact with different companies.

Despite soaring domestic gas demand, China still lacks adequate infrastructure in the sector. The world's largest energy consumer has pledged to increase its oil and natural gas pipeline networks as it moves to secure stable supplies and optimize the coal-dominated energy mix.