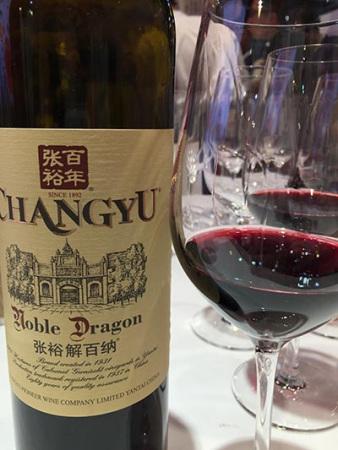 That praise is music to the ears of the folks at Changyu winery's booth at Vinexpo Hong Kong 2016, where China's oldest and biggest winemaker was promoting World Cabernet Gernischt Day on May 25.

Never heard of that red wine? It might be more familiar to you as carmenere, the name Chilean winemakers gave to an old Bordeaux variety that was taken to South America in the 1850s. Soon after that, the disease phylloxera wiped out the grape in Europe.

When Changyu was founded in Yantai, Shandong province, by the visionary Zhang Bishi in 1892, he had 124 grape varieties brought over from Europe. Nowadays vineyards generally focus on perhaps half a dozen grapes at most. While Changyu vineyards have pared back on the number of varieties, one that is still being cultivated there is cabernet gernischt. It was originally spelled "gemischt" ("mixed") ¨C perhaps indicating some confusion even then. 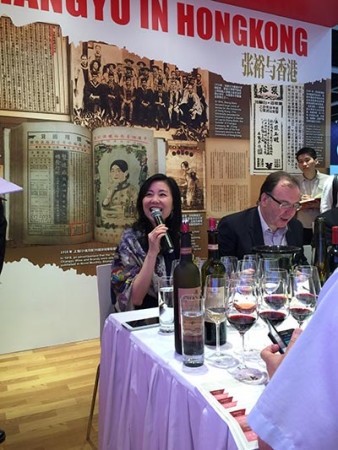 "There was a lot of debate about what the grape really was, until DNA testing in recent years confirmed it is the same as carmenere," says Ruan Shili, general manager of the Changyu Moser XV chateau in Ningxia. That determination cooled some enthusiasm for the grape around China, since Chile has already made an international reputation with it. But many still see potential in cabernet gernischt to shape definitive Chinese wines.

Jeannie Cho Lee, the Hong Kong-based Korean-American wine critic, author and accredited master of wine, says she's happy to see the grape embraced in China, where it's producing wines that are distinctive. Even though cabernet gernischt has proved to be the same grape as carmenere, she says that "few places in world do it really well".

D'Agata was quick to agree, saying that Chinese winemakers should be congratulated when they "resist the temptation to make cabernet sauvignons like everyone else".