Editor's note: The National People's Congress (NPC), China's top parliamentary body, and the Chinese People's Political Consultative Conference (CPPCC), China's top advisory body, are scheduled to convene its annual sessions, known as the "two sessions" on March 3-15 2016, which marks a pivotal year as the nation continues on to embark with its reforms and opening up policy, shifting towards a "New Normal" for economic growth rates, starting its 13th Five-Year Plan for social and economic development over the next five years and confronting challenges on the foreign policy front. How will the NPC address those concerns? What do foreign experts and Overseas Chinese say? The Panview Column of CNTV has invited some of them to express their views on major issues to be discussed at the upcoming two sessions.

The following is an email interview by Panview with Mathew Maavak, a doctoral researcher in security foresight at University Technology Malaysia (UTM), on his opinion on China's "Belt & Road" initiative. [Special coverage] 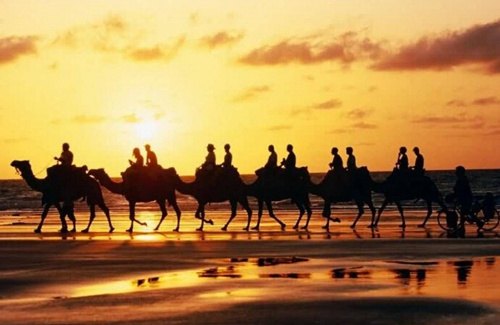 Maavak: China's New Silk Road policy will succeed because there is a sheer demand for basic infrastructural development in many parts of Asia and Africa alone. Asia was projected to need $8US trillion worth of basic infrastructural projects for the 2010-2020 period, in order to lift its citizens out of poverty. This is a just a fraction of the critical infrastructural and logistics deficit worldwide. India alone has close to 300 million people who live on less than $1.25 per day on purchasing power parity and here is where close ties forged by Xi Jinping and Indian Prime Minister Narendra Modi can make a difference.

China is facilitating trade and development for Third World nations in ways major Western funders could not.

However, China may need to fine-tune its Belt and Road initiative towards a more Asia-centric approach. This has a better chance of success due to the rapidly growing social and political instability in the Middle East and North Africa (MENA) region and Europe. It's best for China to develop its near-abroad first to create concentric rings of stability.

Panview: The Asian Infrastructure Investment Bank (AIIB) was launched this year to help with funding on Belt & Road infrastructure projects. Will the AIIB succeed as a financing mechanism for the New Silk Road?

Maavak: Why not? Asia's population in 2015 stood at 4.427 billion, representing more than half of the global population. Most of them have yet to attain middle income levels. There is definitely an unequivocal demand for AIIB-funded projects. But the financing mechanism will have to be more creative and flexible to ensure regional stability even in the face of narrowing profits. The growing significance of barter trade should be explored.

China has a good track record in building world-class infrastructure in resource-rich but poor regions of Africa ¨C an area where the IMF, World Bank and Western financial institutions have had little success. Furthermore, AIIB loans are not tied to the particular politics of a recipient nation, unlike the conditional strings attached to Western or IMF loans.

The challenge here might be to seek situational funding mechanisms for various projects and nations. The one-size-fits-all approach of Western institutions like the IMF should be avoided at all costs. Different nations can bear and repay costs in different ways, especially vulnerable nations that have demonstrated the political will to persevere towards social and economic development.

Panview: How will countries work together to pay for the costs of massive infrastructure projects?

Maavak: The Asian Infrastructure Investment Bank (AIIB) is definitely a step in the right direction, where, funds, expertise and resources can be pooled from member nations to optimize critical infrastructural projects.

There are many uncertainties involved here. Depending on the project, costs and the recipient nation involved, funding should be sourced from a combination of private-public sector investments from China and the recipient nation. The costs should be partly denominated and payable in Yuan, partly in the host nation's currency and partly through barter. In fact, in the light of the current global stock market volatility and a general economic slowdown, barter trade may play a more prominent and stabilizing role in ongoing and future infrastructure projects. Some nations may face currency devaluations in the near future and barter may provide a critical lifeline for them.

China is funding two railway projects in Thailand partly in exchange for rice and rubber. Such barter flexibility is the way forward.

Panview: How will all nations participating in Belt & Road benefit? What are some of the risks for countries to participate in the Belt & Road?

Maavak: While infrastructural projects will undeniably benefit nations participating in the Belt & Road initiative, some of these nations will face a two-pronged risk.

The first primary risk deals with political fallout, where, competing initiatives from the West (i.e. the US "Asia Pivot") may lead to factional politicking within the recipient nation. This may lead to the rise of anti-Chinese sentiments stoked by a plethora of front organizations and NGOs funded by China's competitors. In a worse-case scenario, this may lead to civil strife and oligarchic wars. China should be patient and take the long-term view that positive win-win developmental projects will succeed one way or the other. But Beijing should be ready to accept setbacks to some Belt & Road initiatives due to the competitor meddling.

The second primary risk deals with the inability of nations to partially finance an agreed-upon Silk Road project. With the ongoing economic slowdown, China can extract goodwill from many Asian and Third World nations by stepping in through finance such projects in more flexible ways. 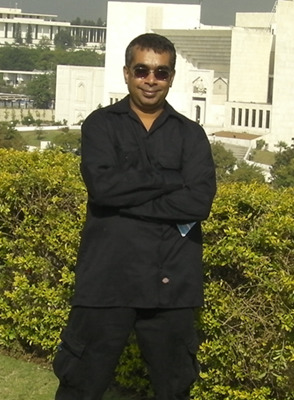 ( The opinions expressed here do not necessarily reflect the opinions of Panview or CCTV.com. )