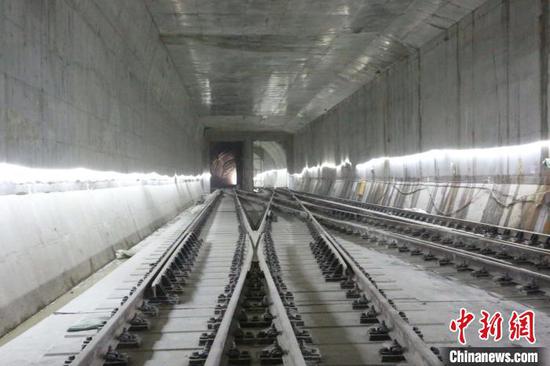 This photo taken in December 2020 shows the interchange Panyu Square Station which links Line 18 and Line 22 is under construction. (Photo/China News Service)

(ECNS) -- The speed of Guangzhou subway trains in South China's Guangdong Province will reach 160 kilometres per hour after Metro Line 18 and Line 22 are put into operation, according to China Railway 22nd Bureau Group.

Concreting work to a passage linking Line 18 and Line 22 completed Wednesday, indicating construction of the main body of China's fastest subway has made major progress

The two lines are scheduled to open at the end of this year.

Upon completion, it will take just one hour to travel from Guangzhou to Shenzhen, Dongguan, Foshan or other neighboring cities in Pearl River Delta.

The two lines will extend to Guangdong's Zhuhai, Zhongshan and Dongguan cities in the future.

A faster transportation will play an important role in developing Guangzhou into an international transportation hub and promoting the development of Guangdong-Hong Kong-Macao Greater Bay Area. 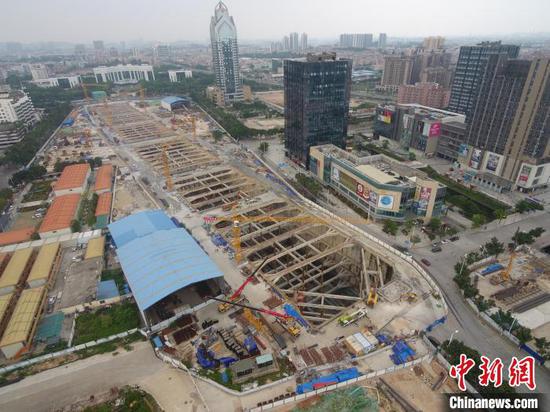 This aerial photo taken in December 2020 shows the interchange Panyu Square Station which links Line 18 and Line 22 is under construction. (Photo/China News Service)