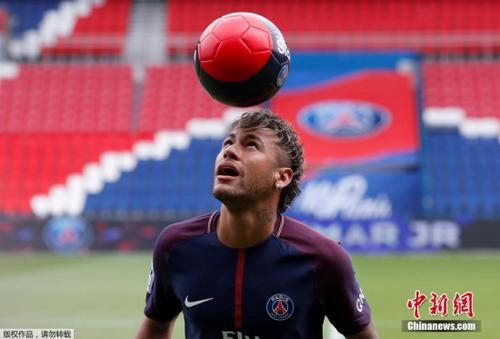 Paris Saint-Germain of Ligue 1 on Tuesday announced that three of their players tested positive for COVID-19 but did not release their names. Later L'Équipe reported that the the three positive cases were Neymar, Angel Di Maria and Leandro Paredes.

The French sports newspaper also said that all three took their vacations at Ibiza where the coronavirus was spreading fast.

The 2019-20 season gave PSG mixed feelings. The French giants not only continued their domestic dominance by winning the championships of Ligue 1, Coupe de France and Coupe de la Ligue, but also made the UEFA Champions league for the first time in franchise history. However, PSG failed to go further as they lost to Bayern Munich of Bundesliga 1-0 in the UCL Final.

Neymar was spotted in tears after the game.

The 2020-21 Ligue 1 season has already began but PSG saw their first few games delayed so the team's players could recover from the strain and had only just begun preseason training this week.

PSG said all three will be quarantined for one week and the rest of the players and working staff will all take the coronavirus test in the coming days.

It should be pointed out that PSG were also involved with the transfer drama of Lionel Messi as they are rich enough to offer the Argentine super star a huge salary and have his former Barcelona teammate Neymar and former national team partner Di Maria.