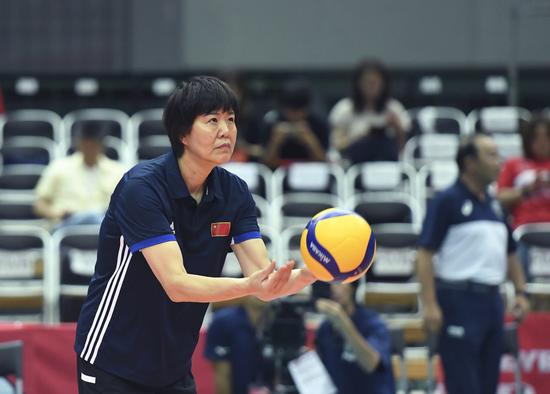 Jenny Lang Ping's plan to retire as coach of China's national women's volleyball team after next year's Tokyo Olympics remains unchanged, she said in a recent interview with CGTN.

"There has been no change so far," said Lang, who led China to the gold medal at the Rio Olympic Games in 2016 along with consecutive World Cup titles in 2015 and 2019.

Would she change her mind? "I have not thought about it," she replied. "Because we need to focus on our training and preparation for next year's Olympic Games. We keep telling ourselves that it (the Olympics) will happen next year."

Lang's contract with the Chinese Volleyball Association was to expire at the end of August, but she is expected to stay for at least another year after the postponement of the Tokyo Games.

The 59-year-old, who also claimed an Olympic gold medal as a player at the Los Angeles Games in 1984, has been leading her side in training in Beijing since February.