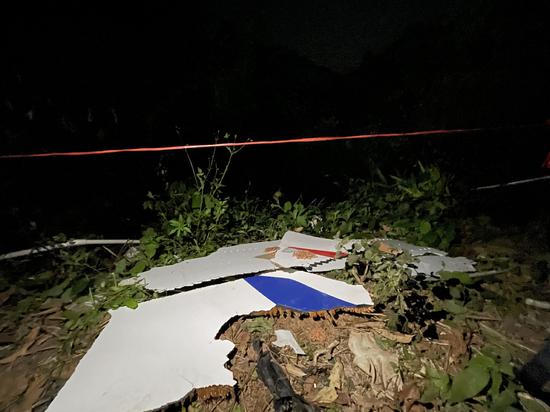 The crash of an airliner on Monday ended China's civil aviation safety record of more than 4,000 days.

Search and rescue teams have been sent to the crash site.

China's safety record of civil aviation has remained among the best in the world over the past decade.

According to data from flightradar24, a global flight tracking service, the plane reached a cruise altitude of nearly 9,000 meters shortly after departing from Kunming at 1:11 pm. It plunged nearly 8,000 meters in 3 minutes at 2:19 pm and crashed on the mountain.

The aircraft was a nearly 7-year-old Boeing 737-800 passenger jet, one of the company's most widely used aircraft.

China Eastern Airlines suspended all the Boeing 737-800 jets after the crash. The airline has changed its website color to black and white in mourning for the victims.

According to the airline, as of February, it operates 752 jets of various types. Boeing China said they were aware of the crash news and were gathering more information, according to China Central Television.

The Boeing 737 Max was grounded around the world after two fatal crashes that killed 346 people－an Ethiopian Airlines jet crashed six minutes into a flight from Addis Ababa in March 2019, less than five months after a Boeing 737 Max flown by Indonesia's Lion Air plunged into the Java Sea.

An airworthiness directive on the Boeing 737 Max was issued by the Civil Aviation Administration of China in December after soliciting opinions from the industry. The jet has not yet resumed operations in China.

The civil aviation industry has also been hit hard globally by the COVID-19 pandemic, including in China, leading to salary reductions and staff layoffs.

According to a report released by the International Air Transport Association in October, the global civil aviation sector suffered an estimated net loss of $51.8 billion last year.