China races to treat COVID-19 patients as hospital beds in epicenter near 40,000 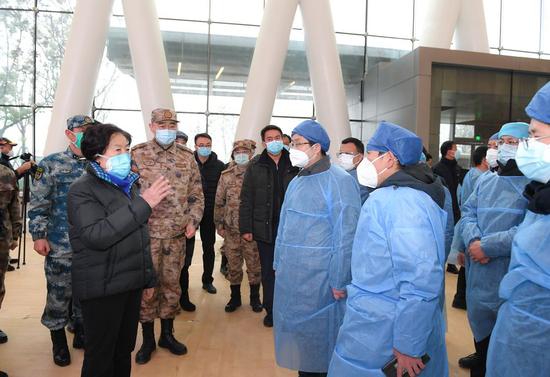 China has gone all out to treat COVID-19 patients both with mild symptoms and in severe conditions alike in the epicenter city of Wuhan as the number of hospital beds reserved for COVID-19 patients has risen to about 40,000 and the supporting medical personnel over 30,000.

Chinese Vice Premier Sun Chunlan, who is leading a central government team guiding the epidemic control on the ground, visited frontline medical workers in Wuhan and made further instructions on treating patients with all-out efforts.

Noting that some effective methods have been tried, Sun said it is necessary to draw experience in a timely manner and form treatment protocols that can be promoted across hospitals.

She also called for concerted efforts from multi-disciplinary medical teams to treat critically ill patients to reduce the mortality rate.

Currently, more than 30,000 medical personnel, including military medics, have been sent to Wuhan from across the country with specialties in a number of disciplines, including respiratory infections, heart and kidneys. Wuhan now has 11,000 intensive care medical staff, accounting for 10 percent of the nation's total.

Sun said some positive changes have taken place in the epidemic prevention and control, but the situation remains grim in Wuhan. She urged the medical treatment work to be moved forward to prevent mild symptoms from developing into severe ones, and called for strengthening treatment combining traditional Chinese and Western medicine in temporary hospitals. 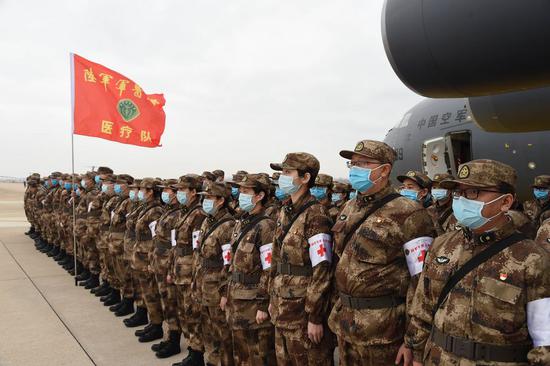 The guiding team also called for strengthening the detection of fever patients in Wuhan to block the transmission route of the virus.

The number of designated hospitals in Wuhan, reserved to treat COVID-19 patients, especially those with severe symptoms, has risen to 45, with a capacity of 19,161 beds. In addition, 12 temporary hospitals, which were converted from gyms, convention or exhibition centers, have all been put into use with a combined over 20,000 beds planned for patients with mild symptoms.