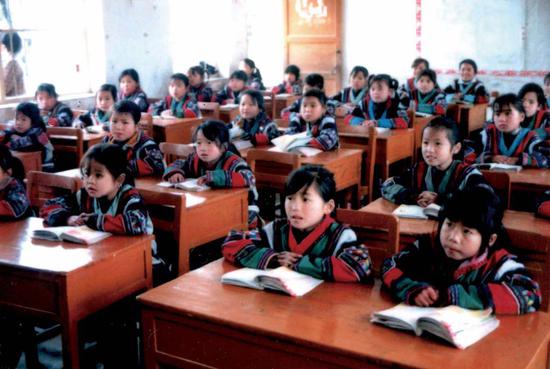 Thanks to the Spring Bud project, Lan Zhilin became the first female doctor in her hometown, something that would be unthinkable a few years back.

She was among the first group of 49 girls to go to school in Rongshui, southern China's Guangxi Zhuang Autonomous Region. For centuries, the Red Yao ethnic people there believed it was unnecessary for girls to receive education.

About 100 km north of Rongshui sits Baiyun Township, where Lan was born.

Tucked away deep in the mountains, Baiyun was one of the poorest areas in China. Food was scarce, and life was hard. Girls were usually married before 16 and no longer belonged to their original families. So the consensus was why bother sending them to school?

To eradicate poverty and modernize people's lives, the local government earmarked funds despite a tight budget to open a class for girls in 1988.

But bigger challenges were in store. Teachers had to pay home visits again and again to persuade parents. Over half the students skipped school in the first year.

"I see them as my own children. I hope to change their minds with my love and patience," said Wu Ruiping, a teacher.

In 1992, the Spring Bud project included the Red Yao girls' classes into its first batch of assistance projects, and 10 classes have since graduated in the following decades.

Spring Bud was launched in 1989 by the China Children and Teenagers' Fund under the leadership of the All-China Women's Federation, to boost education attendance in rural areas where gender bias runs deep.

Unlike her mother, who got married at a very young age, Lan took a completely different life path.

In 1997, she was admitted to a medical school in the regional capital of Nanning.

Three years later, she graduated, but could not find a job.

One night, a fire broke out in her neighborhood. After the fire was contained, another emergency arose -- Lan's sister went into labor. 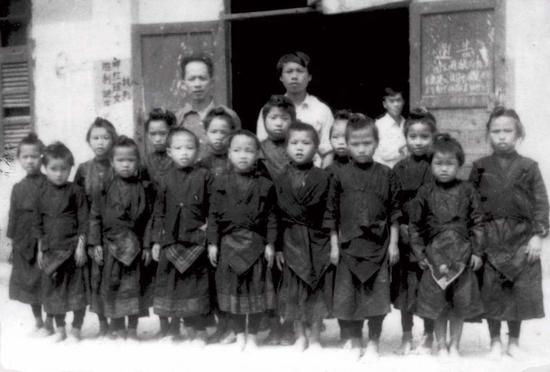 Self-composed, Lan prepared for the delivery. Using the skills she gained in school, she delivered a healthy baby girl.

Two years later, she became a gynecologist and obstetrician at the hospital in her hometown and has since delivered more than 2,000 babies.

"It's a sacred moment when a baby comes into the world. It's my honor to be there to help them. I will devote my life to this great cause," said Lan.

Besides Lan, many of the project's beneficiaries have become the first female teachers, government employees or other important contributors to society among the Red Yao people.

As the girls grow, the Spring Bud program also bloom across China, with its public donations topping 2.1 billion yuan (about 300 million U.S. dollars) over the last 30 years. The project has expanded to fund rural schools and poor female students in colleges and vocation schools.