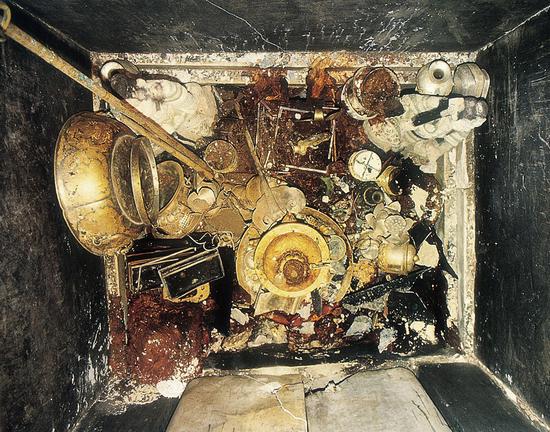 Chemical analyses conducted by Chinese researchers found that incense discovered from an underground palace dating back to the Tang Dynasty (618-907) shows archaeological evidence of incense trade along the ancient Silk Road.

The study, jointly carried out by researchers from the University of Chinese Academy of Sciences (UCAS), the Palace Museum and the Famen Temple Museum, was recently published online in the Proceedings of the National Academy of Sciences.

The yellow aromatic substance from one sample was identified as elemi, which is common in Southeast Asian countries and southeast China. It is the first physical evidence of elemi in the Tang Dynasty found in China, said Ren Meng, with the Palace Museum.

Another sample was identified as a compound of agarwood and frankincense, providing the earliest evidence of Hexiang (blending of aromatics) in ancient China.

Frankincense is mainly distributed along the Red Sea coast, Arabian Peninsula and India. The study found that frankincense and its products had been introduced into Chang'an in the Tang Dynasty, which is today's Xi'an, Ren added.

The research confirmed that the aromatics found in the temple were introduced from overseas to China's ancient capital through the Silk Road by land or by sea and used in the underground palace to worship sarira. It is a historical testimony to the prosperity of the Silk Road, the booming trade of incense, and the development of Buddhism during that period, said Yang Yimin, a professor at UCAS.