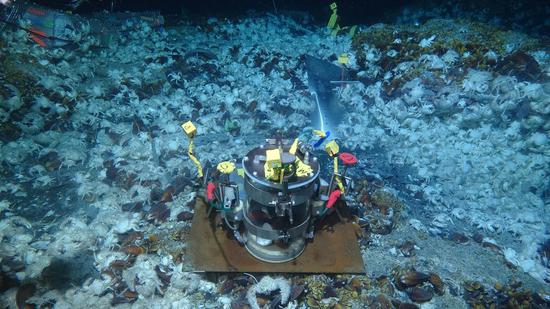 Chinese research vessel KEXUE, or Science, has completed the second portion of its investigation in the western Pacific Ocean and returned to its home port in the eastern city of Qingdao.

The ship covered more than 9,000 nautical miles during its 55-day voyage, carrying 78 scientists from seven research institutes and universities.

Researchers have completed observations at more than 170 stations, obtaining a large number of deep-sea samples and observation data, according to Hu Shijian, chief scientist aboard and a researcher of Chinese Academy of Sciences.

They conducted the multi-parameter observation of the conductivity, temperature and pressure of seawater, as well as interdisciplinary station investigations.

Also, researchers systematically tested the performance, coordination and sampling capabilities of seawater profile on the clean laboratory and winch system.