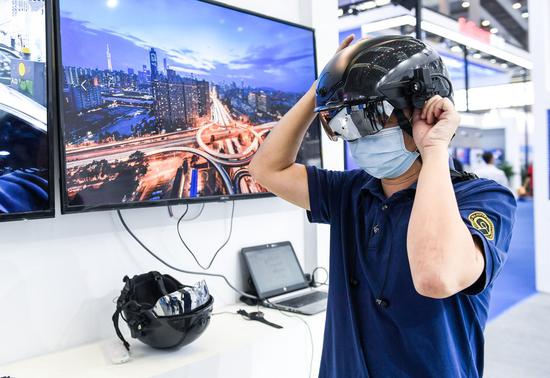 The pace of innovation in the fourth industrial revolution (4IR) technologies "accelerated significantly" worldwide, and China is leading in the growth rate of patent filings, the Munich-headquartered European Patent Office (EPO) said on Thursday.

According to a study published by the EPO on Thursday, between 2010 and 2018, global patent filings for 4IR technologies, increased at an average rate of almost 20 percent annually, almost five times faster than the average of all other technology fields, according to the study.

"Constellations of smart connected devices, faster wireless internet, big data and AI are transforming the global economy and having a profound impact across many sectors, from manufacturing to healthcare to transport," said EPO President Antonio Campinos in a statement.

Almost 40,000 new international patent families (IPFs) for 4IR technologies were filed in 2018, according to the study which analyzed all IPFs between 2000 and 2018 for which patent applications were filed with two or more patent offices.

The United States defended its position as the world leader in 4IR technology with 11,927 IPFs in 2018, while China, which stands in the 4th position, has the highest average growth rate in 4IR patents worldwide, twice the global average, according to the study.

Starting from low levels in the late 2000s, the innovative activity of China increased at a "very high rate", with an annual average growth of 39.3 percent between 2010 and 2018, almost twice the global average growth rate, the study noted.

The ten biggest companies in terms of patent filings accounted for nearly a quarter of all IPFs for 4IR technologies between 2010 to 2018, the study found. At the top of the list were Samsung and LG, followed by U.S. company Qualcomm, Japan's Sony and China's Huawei. ZTE is the second Chinese company to move onto the list of the 20 leading companies, ranking 13th.