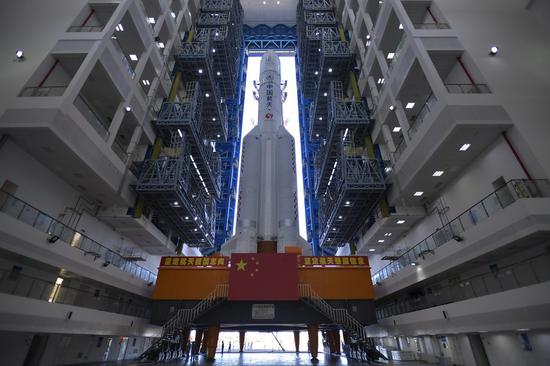 China has completed the modification of two relay satellites to prepare them for new tasks relating to the country's scheduled Mars exploration mission Tianwen-1.

The fourth Long March-5 rocket, which will be used to launch China's first Mars exploration mission, was transported to the launch site at the Wenchang Space Launch Center in south China's Hainan Province on July 17.

The carrier rocket, coded as Long March-5 Y4, is planned to be launched in late July or early August.