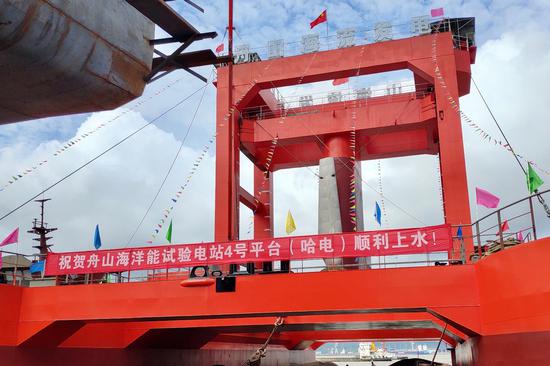 China's tidal current generator unit with the country's largest single-machine capacity of 600 kW has passed the approval tests of the Ministry of Natural Resources.

Over the 10-year development, the company has made breakthroughs in key technologies including the transmission system, as well as the high anticorrosion and antifouling capacity of the generator, which has improved its capacity to operate safely and stably and cope with severe environments like typhoons. 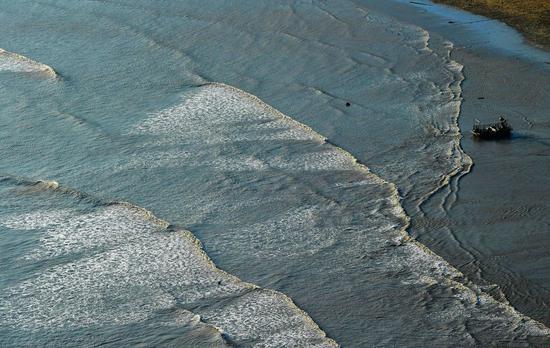 The generator unit has completed 720 hours of test operations, with a hydropower conversion efficiency up to 37 percent, said the company.

As a kind of clean energy, the ocean tidal currents are able to provide stable energy.

The domestic generator is of great significance to solve the problems of the country's energy supply and provide power to marine underwater monitors. It can also contribute to the market application of tidal currents, said the company.