China's space program to aim beyond solar system in 2030 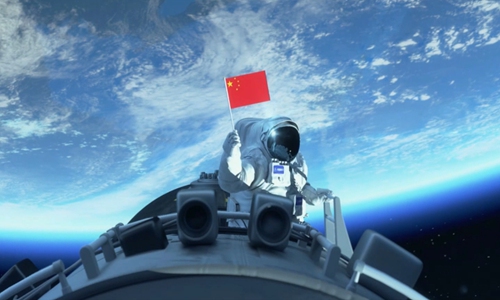 China's main space contractor outlined the country's space exploration program for 2030 to 2045 on Thursday which includes its search for habitable planets close to the solar system, a step forward in discovering a wider universe.

In 2020, the number of CASC aerospace launches is expected to set a new record. China will also begin developing a near-earth manned space station, and Chang'e 5 will conduct its third-phase for lunar exploration, with unmanned craft returning with samples, according to reports.

Many Chinese netizens showed their excitement, as it reminded them of the space travel depicted in the award-winning novel by Liu Cixin.

"Imagine the Space Navy in The Three-Body Problem will come true," a netizen said on Weibo.

China will conduct its first Mars mission in 2020, and launch a probe satellite, and will begin orbiting and conducting land exploration in 2021, making the country's deep space capabilities first-ranked worldwide, according to Yuan.