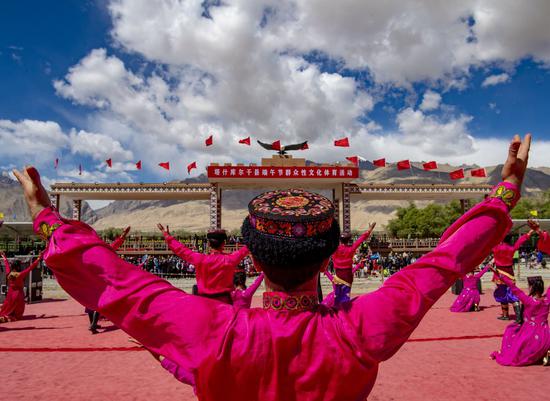 China on Tuesday urged some U.S. politicians to immediately stop smearing China and interfering in China's internal affairs by creating rumors under the pretext of Xinjiang.

The Chinese government equally protects the legitimate rights and interests of people of all ethnic groups, including ethnic minorities, Zhao said.

From 1978 to 2018, the population of Uygurs in Xinjiang grew from 5.55 million to 11.68 million, registering a 2.1 times increase and accounting for about 46.8 percent of the total population of the Xinjiang Uygur Autonomous Region, the spokesperson said.

Zhao said ethnic minorities in the United States have long been suffering from bullying, exclusion and wide, systemic discrimination in economic, cultural, social and other aspects, citing examples from the killing of Indians through the Westward Expansion to the death of African American George Floyd.

"We urge U.S. politicians like Pompeo to reject bias and double standards, face up to the issue of racial discrimination at home, spend more time and energy on improving human rights conditions at home, and immediately stop smearing China and interfering in China's internal affairs by creating rumors under the pretext of Xinjiang," Zhao added.