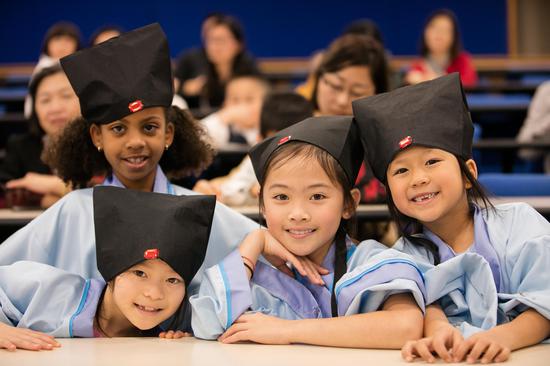 Children in Chinese traditional costumes prepare for the Chinese recital competition in Dallas, the United States, on Dec 14, 2019. (Photo by Dan Tian/Xinhua)

Chinese President Xi Jinping has written back to a group of U.S. elementary school students, encouraging them to continue their efforts to learn Chinese language and culture and contribute to promoting friendship between the two peoples.

On the eve of the Spring Festival, 50 fourth-grade students from Cascade Elementary School in the U.S. state of Utah wrote New Year cards to Xi in Chinese, telling him about their Chinese language learning and personal hobbies, expressing their love for China and Chinese culture as well as their hope for a chance to visit China, and wishing "Grandpa Xi" a happy New Year.

In his reply letter dated Feb. 15, Xi told the children that like the United States, China is a big country, that the Chinese civilization has a history of more than 5,000 years, and that the Chinese people are as hospitable as the American people.

He added that they can learn more about Chinese history and culture by learning the Chinese language, which is used by more than 1 billion people around the world.

Xi said he is pleased to see those students write and learn Chinese so well, and hopes that they will continue to work hard, make greater progress and become young ambassadors for the friendship between the two peoples.