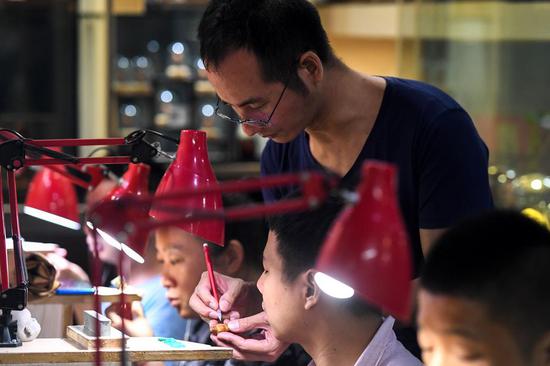 China's successes have been achieved through hard work, said a white paper released by the State Council Information Office Friday.

"A large country with a nearly 1.4 billion population, China cannot achieve prosperity by asking for assistance and waiting. The only option is hard work," said the document, titled "China and the World in the New Era."

China relied on the solid and unremitting efforts of generations of Chinese people, and on fulfilling its own responsibility in good times and in adversity, without exporting or shifting problems elsewhere, and without seeking development by trading under coercion or exploiting other countries, it said.

China relied on a pioneering spirit, like crossing the river by feeling for stones, neither retracing the steps of imperialism and colonialism, nor copying the development model of Western countries, but blazing its own path with bold experiments, based on its own conditions, experience and lessons as well as the achievements of other civilizations, it said.

China's rural population living under the current poverty line decreased from 770 million in 1978 to 16.6 million in 2018, and rural poverty incidence dropped from 97.5 percent to 1.7 percent, down by 95.8 percentage points, it said.