127 of the world's top 500 firms have wrong listing of Taiwan, HK and Macao: research 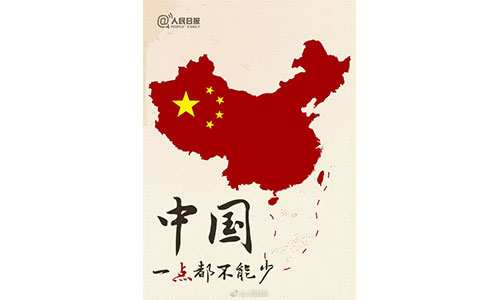 Among the world's top 500 companies in 2018, 80 percent of them that mark the geography of China's Hong Kong, Macao or Taiwan on their official sites or their apps' China maps, have wrong or inappropriate referencing of the three regions, a report of the Chinese Academy of Social Sciences (CASS) showed.

The study themed "the condition of multinational corporations' complying with the one-China principle" found that out of 2018 world's top 500 companies, 158 of them have relevancy on the matter, but 127 of them are either making mistakes or not appropriately referencing the Hong Kong Special Administrative Region (SAR), Macao SAR, and the island of Taiwan, accounting for more than 80 percent.

The survey was jointly carried out by the Institute of Law of the CASS and the Internet Development Research Institution of Peking University. The survey's results will be collected in the 2019 Blue Book on Rule of Law in Cyberspace.

The one-China principle is a legal fact recognized by international law. All international public or private sector actors, including multinational corporations should comply with this principle, Zhi Zhenfeng, a researcher with the CASS and the chief editor of the "Blue Book" told the Global Times on Tuesday.

But the condition of multinational corporations' complying with the one-China principle is not optimistic, Zhi said.

In August, international famous brands like COACH, Versace and Swarovski were exposed of listing Hong Kong and Taiwan as countries, prompting strong criticism. Afterwards, many of them apologized and changed their listings.

The Civil Aviation Administration of China mailed 44 foreign airlines in April 2018, asking them to correct their mistakes on their official websites that were against the one-China principle and Chinese law on their official sites.

This year marked the survey's second release. Comparing the results of the two surveys, 67 percent of top companies, such as Nissan Motor Co and Hitachi, didn't correct their mistakes; 13.4 percent of companies, including as Citigroup, ArcelorMittal, and Auchan, got worse and began making mistakes in referencing the three regions; and 10.9 percent of companies didn't list Hong Kong out of China last year but made the mistake this year, such as Societe Generale and MetLife Inc.

The latest survey also found that some multinational corporations had corrected their mistakes, such as Siemens, Royal Dutch Shell Group, and Procter & Gamble.

More companies have started to realize the importance of respecting the one-China principle, Zhi said, but the overall condition is still not optimistic.

The study group said to curb the misuse or inappropriate reference, such behaviors need to be punished severely. The inspection of related departments and the self-check of companies should be enhanced. The public is also encouraged to report and monitor any breaches.