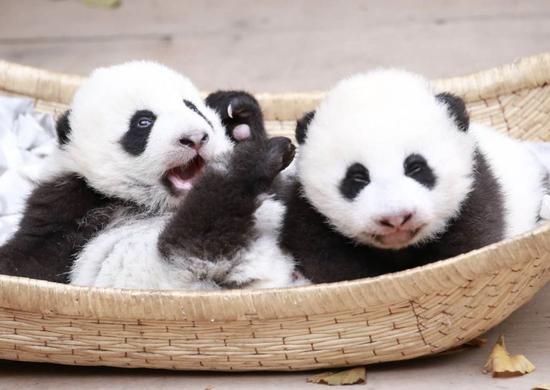 On April 26, the two baby pandas, Liuliu and Shunshun, began to suffer from acute diarrhea and refused to eat. They were immediately isolated and given a series of comprehensive treatments including routine anti-infection and nutritional support.

However, the two developed severe allergic reactions during treatment, including ocular proptosis, bottle jaw, swelling of the tongue and anus, and apnea.

They were temporarily out of danger after an initial series of emergent anti-allergy treatment, but their conditions deteriorated again during follow-up treatment. Liuliu and Shunshun eventually died of multiple organ failure on May 11 and May 20, respectively.

Allergic reactions in giant pandas occur occasionally in clinical treatment, but such severe and recurring types of allergies are very rare, said the research base.

The veterinary team at the base has collected samples and is working with multiple research institutions to identify the cause of the allergies and search for possible treatment solutions.