Hong Kong: a glitzy metropolis with 1 million in poverty 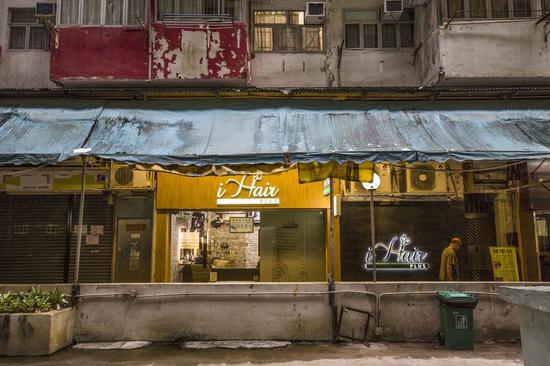 In a narrow alley in the old neighborhood of Sham Shui Po, a gray-haired woman surnamed Chan was busy flattening cartons dumped by nearby stores before loading them onto her tricycle.

At 58, Chan ekes out a living by scavenging on the streets of Hong Kong. By selling cartons to recycling stations at about 50 HK cents (6.4 U.S. cents) per kg, Chan manages to earn 40 to 50 HK dollars a day.

"It is hard, but it is still a job that brings food," said Chan, who considers herself luckier than many. "Those who don't have Hong Kong residence permits are not even allowed to do that here."

A paradise for billionaires and well-heeled shoppers, the metropolis of about 7 million people is also home to over 1.3 million residents trapped in poverty. Official statistics put Hong Kong's poverty rate before government intervention at 20.1 percent in 2017.

Even more striking is its yawning wealth gap. Hong Kong's Gini index, commonly used as a gauge of economic inequality, rose to 0.539 in 2016, the highest in 45 years and far above the warning level of 0.4.

The median monthly income of the top 10 percent of Hong Kong's wealthy households was 43.9 times that of the poorest 10 percent in 2016, up from 33.9 times a decade ago, according to a report issued by aid agency Oxfam in 2018.

As wealth increasingly centralizes in the hands of the few, the hardship of its impoverished population remains salient. Many low-income earners are cooped up in rented cabins the size of a toilet, and youngsters find it increasingly hard to move up the social and career ladders.

Their rising discontent and urge for change are believed to have fed into the recent unrest roiling the special administrative region, prompting officials to promise greater attention to social and economic problems.

Wong, who prefers going by an alias, lives in a 37-square-meter public rental house in Choi Hung, Kowloon, which has been her husband's home for 57 years. The family of four sleep in two juxtaposed bunk beds, with curtains drawn to ensure the limited privacy of their 18-year-old daughter.

Even so, Wong considers herself as among the lucky few in Hong Kong, where houses are among the world's least affordable.

According to Hong Kong's Census and Statistics Department, around 209,700 locals resided in so-called "subdivided flats" in 2016, with 66.9 percent of them living in units with a floor area of 7 to 13 square meters.

Many families are applying for public rental houses, which come with much lower rents. But due to the slow construction of such houses, the average waiting time for an applicant jumped to 5.3 years in 2016, according to Oxfam.

But after being spared from exorbitant rents, Wong's family still struggles to make ends meet. Nearly all of their monthly income of about 20,000 HK dollars, government subsidies included, are spent to keep the family afloat and pay for treatment for their young autistic son. Wong buys frozen meat instead of fresh cuts to save money, and sometimes seeks help from her parents to make up any shortfalls.

When asked if she was satisfied with the status quo, Wong nodded. But she had no idea what would happen to her children.