(W.E. Talk) Dan Steinbock: Why is it wrong to say that 'the WTO accepted China was a mistake'?

(ECNS)-- December 11, 2021 marks the 20th anniversary of China's accession to the World Trade Organization (WTO). What changes have taken place in China's position and role in the process of actively participating in economic globalization in the past 20 years?

Recently, Dan Steinbock, the director of the International Trade Research Office of the India, China and America Institute (USA), the visiting scholar at the Shanghai Institutes for International Studies (China) and the EU Center (Singapore), accepted an exclusive interview with China News Service, "W.E Talk" column, and analyzed the changes China has brought to the world economy since its accession to the WTO 20 years ago. Dan Steinbock said that the West should acknowledge China’s extraordinary contribution to the world economy, seek to participate in its growth and cooperate as a responsible partner.

CNS: On December 11, 2001, China successfully joined the WTO and became the 143rd member of the WTO. In your opinion, does the WTO need China?

Dan Steinbock: Absolutely, it’s a two-way street, particularly when the new risk of unilateralism hovers over the organization – the threat that cast a dark shadow over its creation.

Established in 1995, the WTO replaced the General Agreement on Tariffs and Trade (GATT), which had been created in 1947. The foundational idea originated from the Bretton Woods Conference in 1944, when the new international trade institution was proposed to augment the International Monetary Fund (IMF) and the World Bank. The hope was to avoid the isolationism and protectionism that contributed to the Great Depression paving the way to World War II.

After World War I, Economist John Maynard Keynes had warned that the Western allies’ harsh peace terms would result in another world war, which is what happened. After the Bretton Woods, he warned that the unwillingness of the Allied to agree on a truly multilateral trading system would divide the world again after the eclipse of U.S. supremacy, which is also what happened. In the 1970s, U.S. trade deficits (and later, budget deficits) became the new norm.

Today, the WTO continues to reflect mainly prosperous economies’ interests and agendas. That’s why the WTO needs China and other large developing economies: To prepare the path to a truly multilateral and inclusive WTO that was envisioned already in the 1940s and that could represent world trade as it is today.

CNS: In your opinion, what role has China played in the WTO over the past 20 years? What important contribution has China made to global economic growth?

Dan Steinbock: When China joined the WTO, it was written into the agreement that members could treat China as a “non-market economy.” Due to the size of the Chinese economy, government intervention, and state-owned enterprises, rich economies argued that Chinese domestic price comparisons must be ignored and “constructed values” should be used to gain a “true picture” of the Chinese economy.

When the key clause in that agreement expired in December 2016, the U.S., EU, and Japan were supposed to grant China its market economy status (MES). Stunningly, they refused to do so. The U.S. stance continues to build on that refusal, despite two decades of historical Chinese progress.

Yet, China is still treated as it was two decades ago, as a pretext for heavy anti-dumping duties.

Imagine what would happen if these double-standards had been applied to rich economies when they were industrializing. In the 19th century America, tariffs were among the highest in the world, and infant-industry protection the norm. Washington saw U.S.-based manufacturing critical to sovereignty. In France, dirigisme goes back to the era of mercantilism and Colbert. In Germany, Friedrich List anchored his ideas of national innovation system on American-style infant-industry protection and high tariffs. And British free-trade imperialism was preceded by Elizabethan mercantilism.

Furthermore, unlike the Western powers amid their industrialization, China has made vigorous efforts since 2001 to align itself with WTO rules, open its markets and abide by WTO rules. China's overall tariff level has reduced to 7.4 percent, which is lower than that of WTO’s developing members and close to that of its developed peers.

China is not the litmus test of the WTO or the world trade. Trade unilateralism is.

CNS: Joining the WTO is a milestone in China's economic opening-up and a testament to China's continued support for the development of the multilateral trading system. How do you see China's role in the multilateral system in the era of globalization?

Dan Steinbock: Until the late 20th century, the world economy was fueled mainly by the developed world. In the past two decades, the secular growth potential has shifted increasingly to large developing economies, particularly emerging Asia and China due to its economic reforms and opening-up policies. And yet, the latest round of multilateral trade talks, the Doha Development Agenda launched in 2001, ended in stalemate. The talks have been complicated by persistent differences among the U.S., European Union (EU), and developing countries. Key issues include agriculture, industrial tariffs and nontariff barriers, services, and trade remedies.

The timing is telling. The stalemate ensued in parallel with the rise of the large developing economies, which increasingly drive the global economy. Meanwhile, the trade stance of the U.S., the architect of the GATT/WTO system, is changing. Unlike the previous U.S. administrations, the Trump trade-war hawks favored bilateral pressure to multilateralism and international rules. The Biden administration’s trade stance is not that different. Hence, the lingering stagnation of world trade today.

For a decade or two, China and other large emerging economies, particularly export-led trading nations, have asked for a proportionate voice and representation in the WTO. That’s vital to both rich and poor nations. That’s what multilateral global-interdependency is all about. And that’s why China’s role in spearheading efforts to reform the WTO for the 21st century is vital. As the West is flirting with effective de-globalization, China’s role is critical to stress the benefits and value of global inter-dependency in both developed and developing economies.

CNS: Pascal Lamy, the former director-general of the WTO, once pointed out that “there is an argument among some Westerners that '(WTO) accepted China was a mistake in the first place.' This argument is absolutely wrong.” In this regard, what do you think of such an argument? Twenty years after China's accession to the WTO, how should the West properly view China's contribution to the world economy?

Dan Steinbock: I have to agree with Lamy’s observation. Some Westerners argue that China’s membership in the WTO was a “mistake.” Such views reflect a persistent imperial instinct, a dangerous nostalgia for the colonial era.

When the Cold War ended and China joined the global system, the latter was still dominated by a handful of wealthy economies in the West; the so-called “OECD Club.” As the veteran OECD economist Sylvia Ostry used to argue, there is always “system friction” when economies that reflect different political legacies begin to integrate. But such friction is something that one needs to manage, not suppress. There is no single, “right kind” of capitalism that should serve as a model for all countries. Just as there are “varieties of capitalism,” there are varieties of market economies. That diversity, that difference is a richness, not a liability.

What the West should not try to do is to impose straight-jacket models that usually serve external economic interests rather than those of the Chinese people. The West should acknowledge China’s extraordinary contribution to the world economy, seek to participate in its growth and cooperate as a responsible partner.

What we all need is a differentiated perspective that allows us to avoid the wrongs of the past – from the brutal legacies of colonialism and the divides of the Cold War to the misguided post-9/11 wars - to stress the importance of peace and stability, in order to ensure more inclusive development and truly multilateral trading future.

That’s how the West should view China’s contribution to the world economy, too. 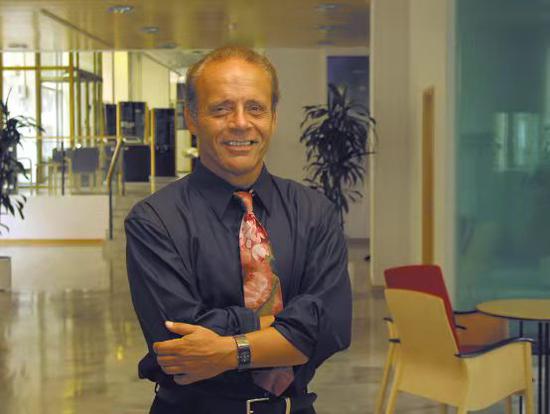 Dr. Dan Steinbock is an internationally recognized strategist of the multipolar world and the founder of Difference Group. He has served at the India, China and America Institute (USA), Shanghai Institutes for International Studies (China) and the EU Center (Singapore).