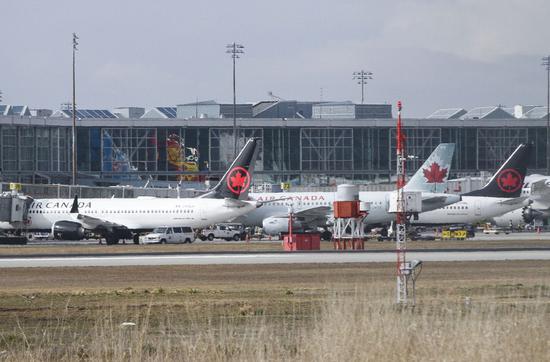 The ministry announced it has completed its nearly two-year review of the aircraft and has issued an "airworthiness directive" detailing a series of changes that must be made before the plane can return to Canadian airspace.

It said it will complete the final step of the process to clear the aircraft on Wednesday by lifting a notice to airmen banning commercial flights of the Max in Canada.

Countries across the world grounded the Max in March 2019 after two crashes just months apart, in Indonesia and Ethiopia, which killed 346 people, including 18 Canadian citizens and permanent residents.

Canada was one of the last countries to ground the MAX, banning it only after the European Union. Britain and Australia had already done so.

The crashes exposed serious flaws with the plane's flight-control system and the jet's certification process.

An investigation by the U.S. Congress reportedly found that missteps at Boeing and the Federal Aviation Administration (FAA) led to the computer malfunction going undetected.

The investigation found shortcomings within both Boeing, which it said compromised safety to maximize profits, and the FAA, which it reportedly said exercised inadequate oversight over the aircraft's approval.

Some families of Canadians who died in the crash of an Ethiopian Airlines 737 Max said they still don't trust the aircraft, CTV reported Monday.

The Canadian government said it spent 15,000 hours independently reviewing the proposed changes to the Max and conducting its own test flights.

"Over the last 20 months, Transport Canada's civil aviation safety experts, by their rigor and thoroughness, have ensured the safety concerns the department had identified have been addressed," said Canadian Transport Minister Omar Alghabra on Monday.

"Canadians and the airline industry can rest assured that Transport Canada has diligently addressed all safety issues prior to permitting this aircraft to return to service in Canadian airspace," the minister added.