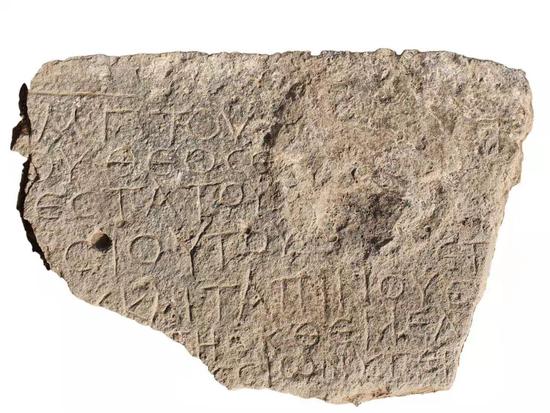 The inscription, engraved in stone, bears the name "Christ, born of Mary."

It was discovered at today's Arab village of Taibe in the Jezreel Valley in northern Israel.

The IAA said that the inscription was part of a lintel originally set in the frame of a church entrance from the late Byzantine period.

The inscription was discovered incorporated in secondary use in one of the walls of a magnificent building dating from the Byzantine or Early Islamic period, with two rooms containing mosaic pavements with a geometric design.

According to the researchers, it is a dedicatory inscription that was engraved while casting the foundations of the church.

Leah Di-Segni, researcher at the Hebrew University of Jerusalem, who deciphered the text, said that the formula "Christ born of Mary" was intended to protect its readers from the evil eye and was commonly used at the beginning of inscriptions and documents of the time.