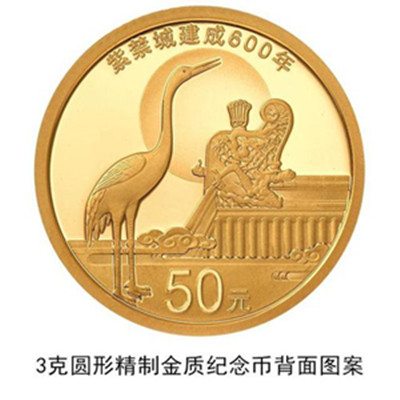 China is scheduled to issue a set of gold and silver commemorative coins for the 600th anniversary of the founding of the Forbidden City, China's central bank, the People's Bank of China announced on July 27.

The set is made up of two gold and five silver commemorative coins, all of which are legal tender in the People's Republic of China.

There are seven pictures on the back, all with denominations and the words "The 600th anniversary of the founding of the Forbidden City".