Work is the basic element of human survival and development, and an important means by which humans meet their needs and pursue happiness. The Xinjiang Uygur Autonomous Region has actively practiced the international concept of decent work, followed the relevant conventions and initiatives of the International Labour Organization, and strictly implemented national laws, policies, and regulations. It is making great efforts to ensure people of all ethnic groups work in an environment of freedom, equality, safety and dignity, and with content and a sense of assurance and security.

However, as the global situation evolves, as the East is rising while the West is declining, and as the profound changes unseen in a century pick up speed, some people have been clamoring about the so-called “forced labor in Xinjiang” and sparing no effort to smear and slander the work situation in the autonomous region. As an education worker who grows up in Xinjiang, I’ve seen with my own eyes how the people here have readily worked their way into better lives, and that gives me the qualification to speak about the facts and truths about people’s decent work in Xinjiang. Over the years, I’ve participated in many academic seminars on human rights, both in China and abroad, held in-depth discussions with Chinese and foreign researchers, and made many visits and field studies. I can say with certainty that there is no “forced labor” of any kind in Xinjiang, and the people here all work decently out of their own accord. I’ll explain this in more detail. 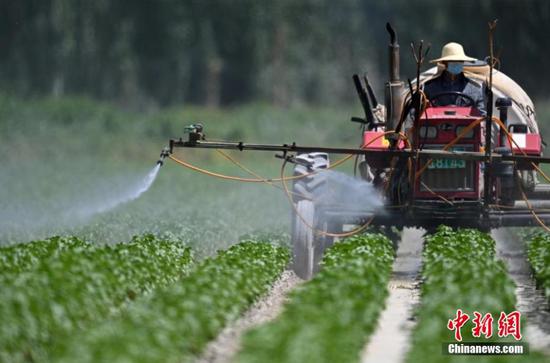 Work gives Xinjiang people emotional satisfaction. Labor is people’s “free, conscious activity”, the unity of the subjective and the objective. Human beings, the subjects exercising labor, have rich and real feelings, which are also generated during work. Xinjiang workers’ feelings about work fall into three categories – independence, competence, and belonging. Work enables workers of all ethnic groups to grow physically, mentally and intelligently stronger, unleashes their potential, improves their self-identification, and gives them a stronger sense of independence. Workers not only feel respected and affirmed but also earn more money, which raises their position in the family and society and enhances their sense of competence. In the process of work, workers also become friends with each other, and this favorable interpersonal relation increases their sense of belonging. I learned about a typical case in Kashgar Prefecture. The boss of a textile plant was committed to helping more women join the labor force, which could make them more self-aware and confident. In the meantime, the friendship they formed with other workers from different ethnic groups fortified their self-identification and improved their social status and value. Therefore, work satisfies Xinjiang workers’ emotional needs, which is the reason why they love to work – out of their own free will.

Work helps Xinjiang people realize their goals and dreams. People work for a purpose. That’s the direction of social progress and the defining feature of human development in modern society. Workers of all ethnic groups in Xinjiang also work for their own purposes and goals, either to create material wealth or to gain spiritual wealth. On material wealth, as workers become better educated and skilled, they have stronger sense of security, something they pursue in addition to income. During my visits, I found that the workers choose to work primarily to gain more security, as many of them feel more secure at heart by having a job. A steady job means a stable income source and, more importantly, a stable and decent life. On spiritual wealth, many young people in Xinjiang have realized their goals and dreams through hard work. I met a Uygur young man who dreamed of becoming a boss since he was a child, and now he owns a hotel that makes 40,000-50,000 yuan (US$5,956-7,445) in gross profits per day in the peak season. His dream has come true! All workers in Xinjiang have dreams, and they are sure to realize their dreams through unremitting efforts and diligent work. 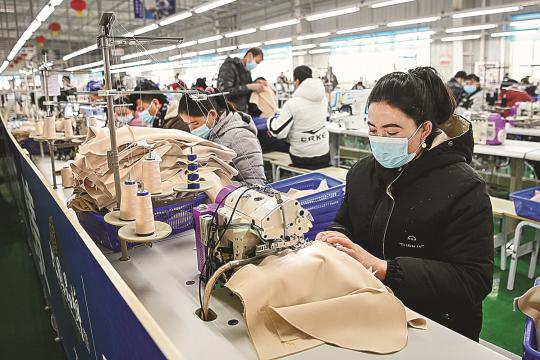 The government helps people work decently. The evolution in the way of work represents the progress of social civilization. To live a good and happy life, people in Xinjiang choose to work voluntarily, and such work is protected by the government, which not only provides them with support and assistance but also protects their rights to decent work. First, Xinjiang has worked tirelessly to expand the channels and scope of employment for its people, so that they have more and better job options. Second, policy measures in support of entrepreneurship and flexible employment have been implemented in many places across the autonomous region. Anyone willing to start his own business can receive strong support from the local government in terms of startup guidance, policy service, and financial aid. Third, both in southern and northern Xinjiang, local governments have offered a variety of training courses either on practical skills or entrepreneurship, or job-hunting, to meet workers’ demand for improvement in skills, capability and education. Fourth, local governments in Xinjiang have also rolled out policies to free the workers of their family worries, so as to assure those willing to work away from home. In sum, the government has adopted targeted policy measures to help people adapt to the modern way of work, with the aim of guaranteeing their rights to work decently and supporting their pursuit of a better future.

Work is a way for Xinjiang people to realize their value. As a key process of value creation, work is the most fundamental and most important element that drives the development of human society. For workers, the value of work goes beyond the products and services they create; it also lies in meeting the universal needs of individual workers and satisfying their aspirations. For instance, the income for workers in Xinjiang has increased to varying degrees. There was a young man whose monthly salary has increased from 1,500 yuan (US$223) to 6,000 yuan (US$893). It was through great efforts and hard work that he has acquired more advanced skills and knowledge about safe production, and he is confident to make more money through continued diligence. People of all ethnic groups in Xinjiang have worked their way into the current happy life, with higher income, better living standards, and greater demonstration of the value of their work.

In short, people in Xinjiang work for the right purposes, in a perfectly reasonable and decent way, and find emotional satisfaction and self-value in work. They work of their own accord, their rights to work are protected and promoted by the government, and it is how they earn a happy life for themselves. The so-called “forced labor” is a sheer fabrication. Xinjiang workers engaged in all walks of life are striving for a better life – that’s the most touching and inspiring story of our times. They work with decency and dignity, and every drop of their sweat and every bit of their dedication should be respected, valued, and rewarded! 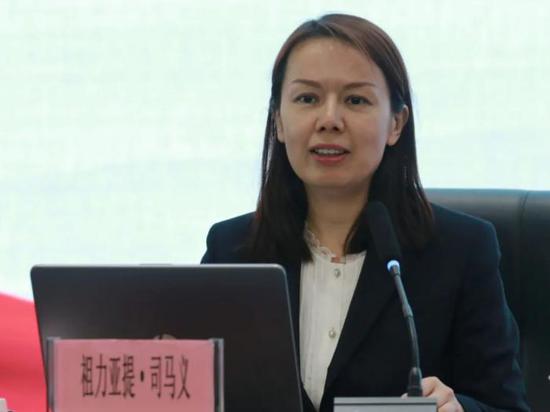