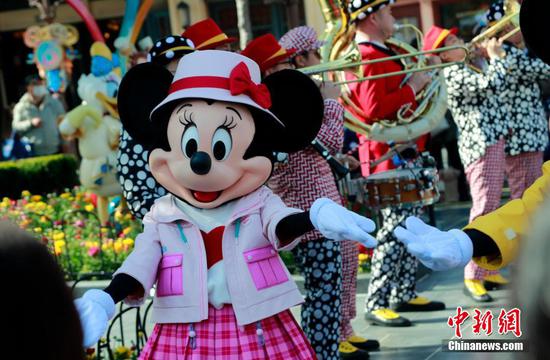 (ECNS) -- Shanghai Disneyland Hotel and Disneytown will resume operation on Thursday, which falls on the 6th anniversary of the resort, according to the Disney website.

Shanghai Disneyland and Toy Story Hotel will remain temporarily closed until further notice. Upon reopening, each of these resort locations will operate at limited capacity and reduced hours of operation, it was noticed.

Guests may refer to the Shanghai Disney Resort Official App for the latest information.

Shanghai Disney Resort will continue to strictly implement epidemic prevention measures in accordance with the guidance of local government.

The resort suspended operations on May 21 due to a new wave of infections caused by Omicron variants. On June 10, Wishing Star Park, the World of Disney Store and Blue Sky Boulevard resumed operations.