(ECNS) -- The ongoing Beijing 2022 Winter Olympics have triggered enthusiasm from audiences all over the world, with international athletes experiencing a brilliant Games in Beijing. Many have thanked China in a variety of ways to show their love and gratitude.

Jenise Spiteri, the only athlete representing Malta in Beijing 2022 Winter Olympics, thanked Chinese volunteers for making the sports event as perfect as possible. She shared videos, especially about on cuisine like sesame balls, potato chicken soup, and her favorite Doubao (steamed buns with red bean paste).

Tessa Maud, a Team USA snowboarder, posted a series of photos on Instagram on Tuesday saying "I love the (Chinese) people, food and culture so much. Thank you for supporting me." Besides, she shared all the details of her time in Beijing on TikTok, including the food, her room, her training, and even the new friends she made in Beijing. 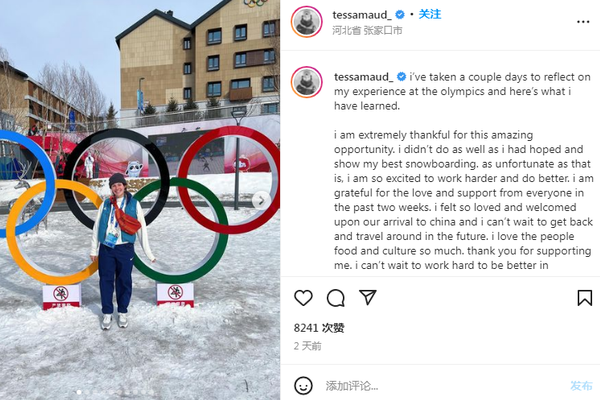 Tessa Maud's photos on Instagram showing her love for Chinese people, food and culture. (Photo from a screenshot on Instagram)

German snowboarder Leilani Ettel posted a video on social media of her waiting for the flight home at the airport, saying "Everyone is tired, but we are really happy." The white woolen cap she wore in the video was given to her by a Chinese volunteer back in the Winter Olympics village.

After Nina O'Brien, an American alpine skier, was involved in a scary crash last Monday during the women's giant slalom event, she was rushed to hospital and has recovered from leg surgery. She posted photos on Instagram last Friday to thank Beijing and all medical staff for being "truly mind blowing." 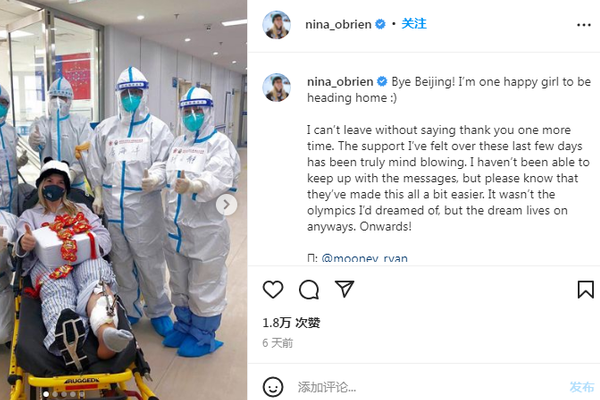 Nina O'Brien thanked Beijing and all medical staff for being "truly mind blowing" on Instagram. (Photo from a screenshot on Instragram)

Besides the delicious food and support athletes have enjoyed, they also spoke highly of the Olympic venues.

As the first female Ecuadorian athlete, Alpine skier Sarah Escobar claimed Beijing 2022 is "one of the most beautiful events of my life." She was satisfied with her training in Beijing, posting a video on Instagram saying "This is one of my training days here at the Olympics. Thank you Beijing!" 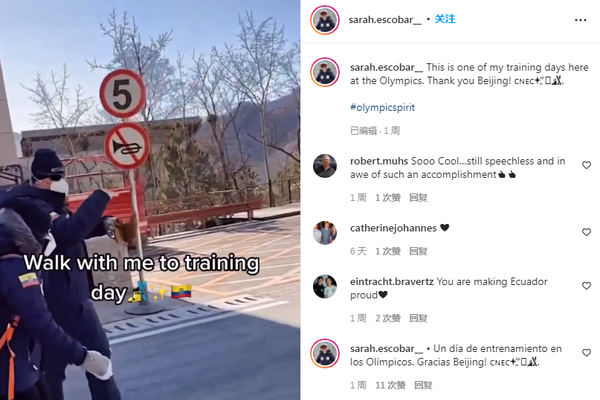 Bosnian luger Mirza Nikolajev even recorded a video on Feb. 7 on Instagram thanking Beijing and showing his love for the Chinese people. The emblematic couplet was right beside him in the video. 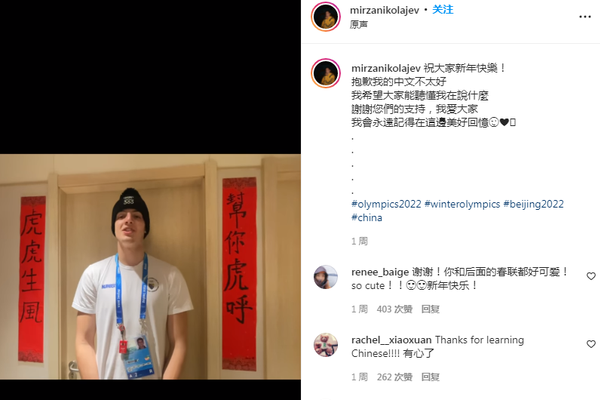 Bosnian luger Mirza Nikolajev recorded a video to thank Beijing on Feb. 7 on Instagram. (Photo from a screenshot on Instagram)

Thibault Magnin, a Spanish skier, posted a photo on Instagram on Feb. 8 in appreciation for the continuous support while expressing his love for China in both English and Chinese. 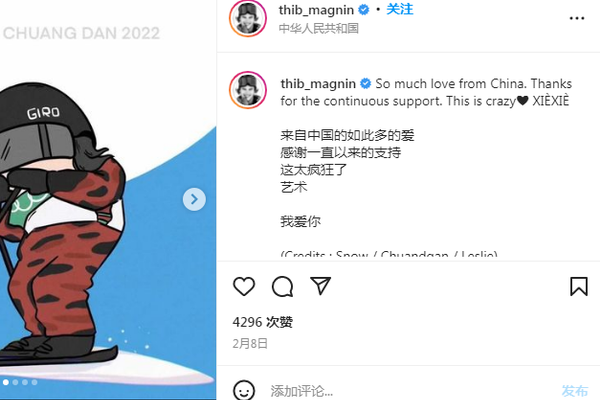 Spanish skier Thibault Magnin expressed his love for China on Instagram on Feb. 8. (Photo from a screenshot on Instagram)

Elsa Desmond, a luger from Ireland, expressed her appreciation for the work of all volunteers during the Beijing 2022 Winter Olympics on Twitter on Feb. 10. 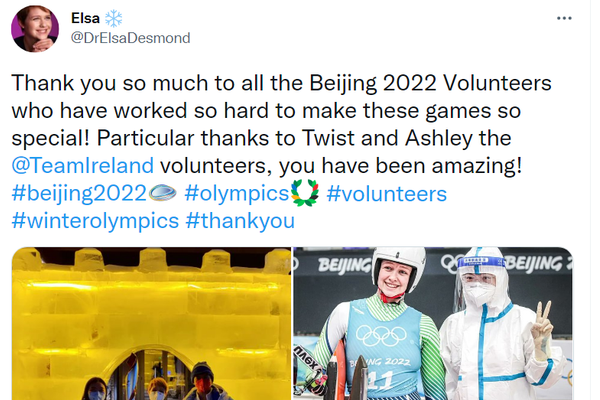 Irish luger Elsa Desmond thanked the work of all volunteers on Twitter on Feb. 10. (Photo from a screenshot on Twitter)

The Russian Olympic Committee released the speech of ROC skier Alexander Bolshunov over his gold medal in Beijing 2022 men's cross-country skiing 4x10 kilometer relay on its official website. Bolshunov thanked China for the chance to win an Olympic gold medal. 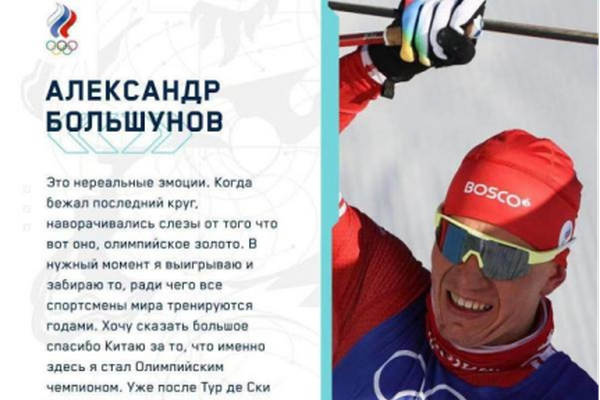 Team Canada sent a letter on Feb. 1 to show their gratitude to staff of Building 6 in the Beijing Winter Olympic village.

With four days left before the closing ceremony, China is bound to receive more thanks from athletes.