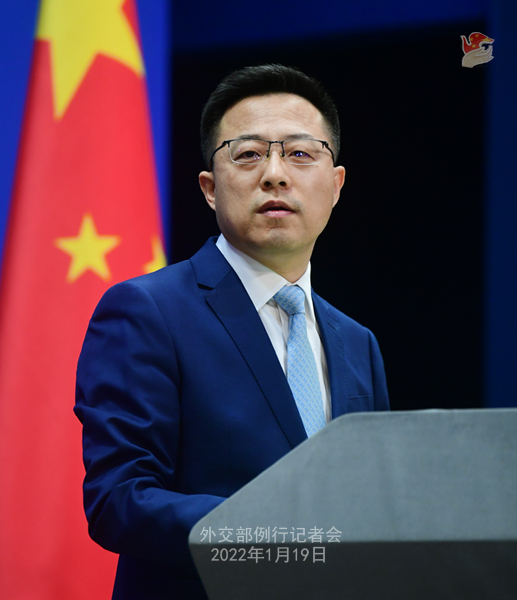 (ECNS) -- Chinese Foreign Ministry spokesman confirmed on Wednesday that China has issued visas to some members of a United States delegation comprising government officials that will come to China for the Winter Olympics.

"I can confirm that the Chinese side has granted visas to some members of the U.S. team composed of government officials. The U.S. delegation for the Beijing Winter Olympics comprises a large number of government officials, including those from the Department of State, and many of them hold diplomatic or service passports," said Zhao Lijian, the spokesman, in response to a related question at a press conference.

We hope the U.S. side will earnestly act upon the Olympic spirit and work together with the Chinese side to create sound atmosphere for all athletes’ participation in Beijing 2022, Zhao added.

On your question whether the U.S. visa applications for its diplomats and officials contradict its previous claim of not sending official or diplomatic representation to the Beijing Winter Olympics, I suggest you ask the U.S. side, Zhao said.