(ECNS)-- Public health is a matter of national economy and people's livelihood. From China's campaign against snail fever in the last century to the current normalized prevention and control of COVID-19, these medical actions reflect the pivotal role of the public health system.

How did China's Rural Cooperative Medical System inspire the current public health system construction? Is there a universal standard public health model? Miriam Gross, Associate Professor of History and International and Area Studies at the University of Oklahoma, analyzed relevant issues in depth in the latest "W.E. Talk", a column of the China News Service.

CNS: In your work Farewell to the God of Plague: Chairman Mao's Campaign to Deworm China, you reassessed the Maoist health care model through the lens of Mao's famous campaign against snail fever. Could you give us a brief introduction to the reason(s) for the ultimate success of the campaign?

Miriam Gross: This famous campaign succeeded because of effort put in by all members of society. This campaign's most effective strategy was actually treatment of people, oxen, and water buffalo. Once people and animals were treated, they no longer kept excreting infectious material into the environment and the environment could be permanently cleaned up. Mass treatment of individuals became a form of community-wide prevention.

So these sophisticated campaigns were a joint effort that needed both urban and rural expertise and hard work to succeed. If any readers are interested in understanding more about how this campaign actually worked at the grassroots, my book is in the process of being translated and published in Chinese by the Social Sciences Academic Press (China) forthcoming in 2022.

CNS: China was officially declared malaria-free by the World Health Organization on June 30, following a 70-year fight against the mosquito-borne disease. From your perspective, are there any similarities between China's efforts to combat malaria, COVID-19 and snail fever? Can the former two medical actions be regarded as the inheritance and development of Mao's campaign against snail fever?

Miriam Gross: What these campaigns share is viewing disease control as an all-out war, requiring the attention and resources of the whole society. This strategy is a mixed blessing. On the one hand, these campaigns are very good at addressing emergency situations (such as rapidly escalating epidemics) and attacking big problems. On the other hand, they are discontinuous. Once the war is over, all effort stops.

Framing disease control as a war creates an all-encompassing environment that makes it hard for any individual to avoid participating lest they be viewed as unpatriotic or intentionally harming society. In earlier campaigns, citizens were the primary actors engaged in preventing diseases. Now, citizens patriotic participation mainly involves helping society by sequestering themselves at home. The dominant grassroots actors have become medical providers, workers sanitizing the environment, and members of the Party solving problems and provisioning people locked at home.

Another characteristic of these campaigns is that they all valorize science. In the Maoist era they extolled grassroots or mass science and locally developed technologies; now they celebrate professional science and technology. All these campaigns also make great use of Chinese medicine and create combined therapies involving Western and Chinese strategies to best treat disease.

Finally, in all these campaigns ultimate leadership strategies come from the very top levels of the state. In general, Maoist and current campaigns are characterized by having no or limited action to solve a problem – until the state decides its important. Then there is comprehensive action under top-down leadership with 100% effort and great effectiveness. Especially for epidemic disease control, having an overarching, consistent strategy for the whole state has proven to be crucially important.

Miriam Gross: The Chinese public health model has changed radically over time. There was one model in the Maoist era. In the Reform era (1979-now), China went to a market-driven medical model focused on scientific medicine (described below), which unfortunately had many of same problems as Capitalist medicine in the West, (where poorer people mainly can't afford to get medical care). After SARS and especially after the global financial crisis, China has reinvested back in wider medical care, creating something of a hybrid model.

The Maoist model (and the current hybrid model) have some definite advantages over a market-driven model. The Maoist model was based on something called Social or State medicine. Proponents of social medicine feel disease is rooted in disordered communities that are poor and lack development. Thus, the way to conquer disease is to uplift a community through development in all aspects, economic, educational, etc. and to make primary medical care, hygiene, sanitation, and clean-up of environmental and pest hazards an integrated part of the wider uplift. Social medicine focuses on producing large numbers of low to medium trained practitioners who can maximally work on uplift in rural areas. In contrast, scientific medicine, the model that dominates in the West, is premised on the idea that diseases come from pathogens. This model tends to produce a small number of highly trained physicians who cluster in urban medical centers and provide phenomenal care for the few urban people who can afford it.

A second aspect of the Maoist model was its innovative funding strategy. Most developing countries never tried to provide primary health care to their whole society. China was truly exceptional to try to accomplish this goal. However, China really had very few resources. So it developed a model based on self-reliance. While upper-level institutions had state subsidies. Bottom-level commune hospitals and below and basic medical insurance were supported by funds from the commune. Further, China developed grassroots health workers, and after 1968, barefoot doctors, who were paid in work points and had to return to their own community, leading to a strictly curtailed salary. These doctors were urged to use acupuncture and local Chinese medical herbs, another cost-saving measure. Together, these strategies made this innovative model affordable for a developing country like China.

The Maoist model successfully maximized access, affordability, and the ability to acquire basic drugs/herbs for the entire population. In the Maoist era, which directly followed years of war and devastation during the Republican period, the limited training of rural practitioners was a smaller deficit because China really did need basic medical, birthing, hygiene, and sanitation work.

CNS: How can we benefit from the health campaign in the Maoist era, in terms of optimizing modern China's public health model?

Miriam Gross: China switched to a scientific medical model with an almost totally free medical market during the early Reform era. China is now moving back to a hybrid model that intermingles social and scientific medicine and market-driven with state-subsidized care. Starting the new rural cooperative medical system after 2009 was a wonderful step in the right direction.

The very core of the Maoist system is having truly accessible and affordable bottom-level providers. The Chinese government should consider investing in and heavily subsidizing a new generation of village doctors as well as providing continuing medical education, malpractice insurance, and a good pension. Perhaps it should add a couple years of rural service as a requirement for gaining a medical degree providing a new way to transfer urban expertise to the countryside.

The current government could carry on the wonderful inheritance of the Maoist medical system by providing better enforcement of regulations leading to quality control, supplying substantive national level funding that provided basic support for all citizens, and establishing new strategies that consistently infused urban medical expertise into rural areas.

Miriam Gross: I don't think there is a universal standard or a single model. However, providing all citizens with equitable, affordable, and accessible quality care should be every government's aim. In the end, one of the most extraordinary aspects of the Maoist model was its aspiration to provide basic care and effective public health work to the whole society, rich and poor alike. The PRC's early visionary leaders realized that having a healthy population is crucial for economic development and for state security. (One of the motivations for the original snail fever campaign was that in disease prevalent areas so many young men were sick that the military had trouble fulfilling recruitment quotas.)

Frankly, one of the key aspects to an effective and equitable public health system is less about a specific model, and more about a government choosing to consistently dedicate sufficient national-level resources to do this work. As every country has learned with COVID, an effective disease surveillance system that can pick up emerging diseases and a robust basic medical system strong enough to provide epidemic-level care are crucial for state and global security. One of the challenges many countries faced (the U.S. being a key example), is long-term under investment and under-staffing of public health. Health systems do not function well in an emergency if they start out already crippled. Because public health is often associated with caring for the poor (something urban and wealthier people do not want to spend their tax money on); because many of the benefits of public health are only visible in the long-term (and politicians like to fund short term needs); and finally because public health is mainly about preventing disease (which requires politicians to use scarce resources to address an invisible possibility, not a certainty); it is very, very hard to get consistent, long-term investment in public health and in basic medical care. In fact, the only time governments tend to invest in public health and universal care is immediately after an emergency. Once memory of the emergency fades, health is defunded again. Thus, it is up to good governments to realize that health is a public good – so crucial for the whole society's long-term economic development, social stability and harmony, and state security that national governments need to unfailingly invest in it. When one invests in health, one invests in the whole society's future. 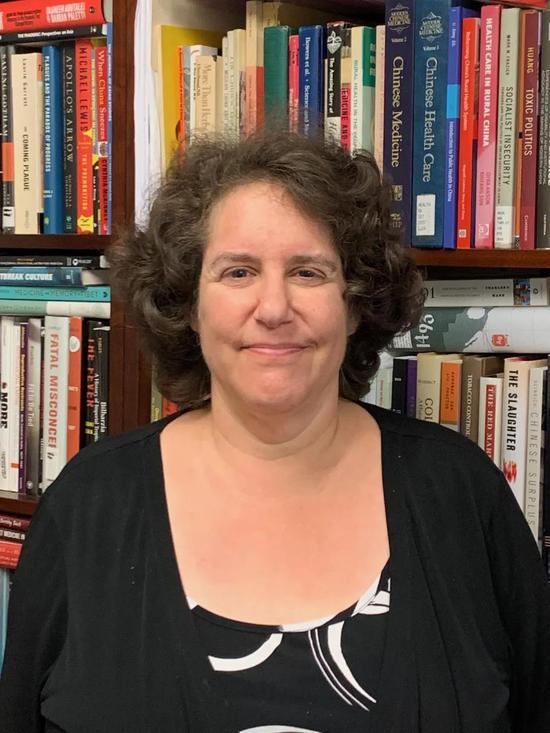 Miriam D. Gross is Associate Professor of History and International and Area Studies at the University of Oklahoma. She received her Master’s in International Affairs from Columbia University and her M.A and Ph.D. in Modern Chinese History from the University of California, San Diego. Professor Gross’s research focuses on Contemporary Chinese history, Asian history and global public health history. She wrote Farewell to the God of Plague: Chairman Mao’s Campaign to Deworm China (University of California Press, 2016), and published academic papers in Public Health Reviews, Twentieth Century China, Medical History and other journals.