In the fight against the COVID-19, China has taken the forefront in containing the spread of the pandemic and has strongly managed to change the dangerous course of the virus, protecting the lives and health of the population to the maximum level. The pandemic has drawn attention to China’s comparative advantage in state governance.

How does pandemic prevention and control characterize Chinese state governance?

What are the differences between the Chinese and Western understandings of state governance?

Why is modernization of state governance never equal to Westernization?

Professor YANG Guangbin, Dean of the School of International Studies at Renmin University of China, gave an interview to "WE Talk" of China News Service (CNS) for an authoritative interpretation of the relevant topics.

The summary of the interview is as follows:

CNS: China has achieved remarkable achievements in its fight against COVID-19. How should we see the strength of China’s state governance in the fight against this pandemic?

YANG Guangbin: The practice of preventing and controlling COVID-19 provides a once-in-a-century case study for comparing national politics. Faced with the same governance crisis in the same period, different nations adopted different countermeasures, which profoundly and vividly reflected the differences of different systems, and their strengths and weaknesses of different systems on specific issues. They were directly reflected through respective governance concepts and theories.

In the fight against the pandemic, the advantages of China's national governance theory in the form of policy have been fully exploited, so as to contain the spread of the pandemic quickly. China will do whatever it takes to protect the lives and health of its people. The "system concentrating nationwide effort and resources on key national undertakings" realizes the cooperative governance between the state and society, which shows that the system has strong governance capacity. The deep structure of the system and state governance capacity is the organizational principle of democratic centralism, which ensures the coordination and integration of institutions and becomes an important guarantee of China's state governance capacity.

The CPC's governance and mobilization is guided by the mass line, which has opened up channels for people to express their interests, increased their political participation, and developed their sense of social responsibility. At the same time, the main body of governance is pluralistically and unified, rather than multi-centric and decentralized. 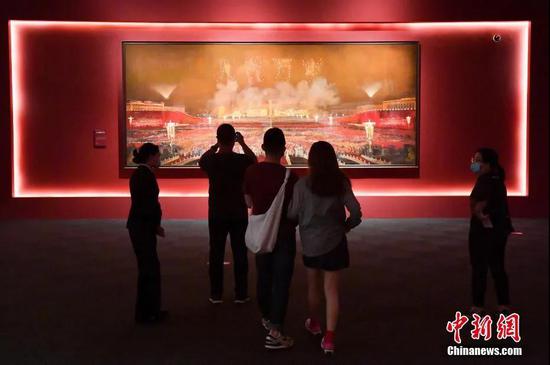 File photo of people visiting an exhibition on the history of CPC in Beijing. (Photo: China News Service/Tian Yuhao)

CNS: What is the "Chineseness"(中国性) of China's state governance? How to find the civilizational genes of today's Chinese political system in history?

YANG Guangbin: In the dialogue with the strong discourse of Western governance theory, the Chinese have gradually developed a "Chineseness" theory of governance, that is, the theory of state governance. The difference between "state governance"（国家治理） and "governance theory"（治理理论） lies in the role of the "state". The Third Plenary Session of the 18th Central Committee of the CPC officially put forward the proposition of "to modernize the state governance system and capacity"（国家治理体系和治理能力现代化）, which was warmly echoed by all sectors of society.

Given the incredible "continuity" of China's history, the philosophy that has been in use in China for more than 2,000 years, the people-oriented thinking of Confucianism, should remain at the core of Chinese political thought even today, with the Chinese today emphasizing "put people first"（人民至上）.

It is because the Chinese civilization has a rich and tested philosophy of governance, such as "Great Unity"（ 大一统）, "The selection of the wise rather than the succession to the throne"（官天下）, "Harmony World"（大同世）, "Well-off World"（小康世）, "Value Agriculture and Suppress Business"（重农抑商）, "Sagacious Governance"（贤能理政）, "People-oriented"（ 以民为本）, etc. only then can a civilized community survive the hardships and rejuvenated. This is an experience that many Western theorists cannot understand, and the traditional-modern dichotomy simply cannot deal with the history of China.

CNS: What are the differences between Chinese and Western understandings of state governance? Why is Modernization of State Governance never Equal to Westernization?

YANG Guangbin: Although Aristotle suggested that the purpose of the city-state was the "supreme good", the modern state in the West came late, as a result of the "great transformation" of 2000 years. China was already a unified feudal state in the Zhou Dynasty, and the saying "the people are the foundation of the state" (民惟邦本)already existed during this period.

The focus of Chinese sages was "making the country politically stable and peaceful"(致治). In contrast, Greco-Roman thought on governance was almost non-existent, and the most prominent economic ideas was Aristotle's observation about division of labor. From Aristotle's era to the 17th century, western economic thought was in decline. As for European political economy, also known as classical political economy, it was 2000 years later than China.

After the Second World War, especially after the Cold War, the West began to impose a system on non-Western countries that it had never practiced: imposing electoral democracy, or Partisan Democracy, in societies that were economically backward and had no tradition of rule of law.

Can Partisan Democracy achieve state governance? It is important to clarify that Partisan Democracy can distribute power and benefits, but whether it can govern a country is a different matter indeed. History and reality have shown that since the Second World War, no emerging developing country has advanced through the practice of Partisan Democracy.

The prosperity of Western countries is not due to Partisan Democracy, but to early development. The so-called Universal Values discourse of the West is, in the end, developed along with its powerful material civilization, and no materially and economically disadvantaged country’s philosophy will become the world’s philosophy.

Political party system, parliamentary system, electoral system ......these formal political systems is easy to imitate, some countries even directly adopted, but still fail to effective governance. Huntington used a term called Praetorian Societies, that is, the party for private, ruling for their own, competing to seize public resources, which is a very common phenomenon in developing countries.

When Westerners talk about governance, it is inevitably sociocentric or individual-centric, polycentric governance that emphasizes the role of various associations of NGOs rather than the role of the state. Therefore, western political theory emphasizes the De-nationalization and De-governmentalization in politics, economy and society.

For most countries in the world, modernization of state governance is by no means equal to westernization. The biggest challenge facing developing countries is how to organize themselves, and western governance theories are not only inapplicable, they even pour salt into the wounds.

Practice shows that copying from other political system models will lead to ineffective governance and even national failure due to non-acclimatization. A political system founded in the homeland, supported by the national spirit and nourished by cultural traditions, is therefore strong and viable, helping to prevent a nation from making subversive mistakes.

CNS: How should we interpret the China Path? In what ways should the future of China's state governance be improved?

YANG Guangbin: The China path can be interpreted on many levels, but in my opinion, one of the important logics is to embrace and absorb the best civilizational achievements of the world with people-oriented thinking. This is one of the strengths of our own cultural genes, and it involves the design principles, which is called the histological principle of "outside Confucian and inside Legalist", which tells us how to organize the state.

From the past to the present, a very important legacy of Chinese politics is consultative politics. Different from the voting system in the West, China attaches greater importance to consultative democracy and has established a variety of channels for consultation, highlighting the essence of people’s democracy that issues are handled through consultation and cooperation.

On the other hand, China will not stay out of world politics. Long before the founding of the People's Republic of China, Chinese intellectuals began to learn from the West, with the intention of reforming China in accordance with the Western model, but Marxism won out in the end. Since the reform and opening up, China has been unique in its efforts to consolidate and innovate. The "China Model" and "China Path" have attracted worldwide attention and research.

As Chinese often say, "upholding the unity of CPC leadership, the position of the people as masters of the country and the rule of law"(坚持党的领导、人民当家作主和依法治国的有机统一)not only reflects the dynamic balance of authority-democracy-rule of law, but also directly reflects the strong national governance capacity. Its comparative advantage has been proved.

The modernization of national governance is not a rigid "Westernization". Therefore, in the process of China moving towards a modern socialist country, the economic and social development has been obvious to all, but the theoretical development still needs to overcome a huge challenge. To further demonstrate China’s institutional advantages, political theories and institutional arrangements concerning authority, democracy and rule of law need to be enriched in political theory and further improved in practice. 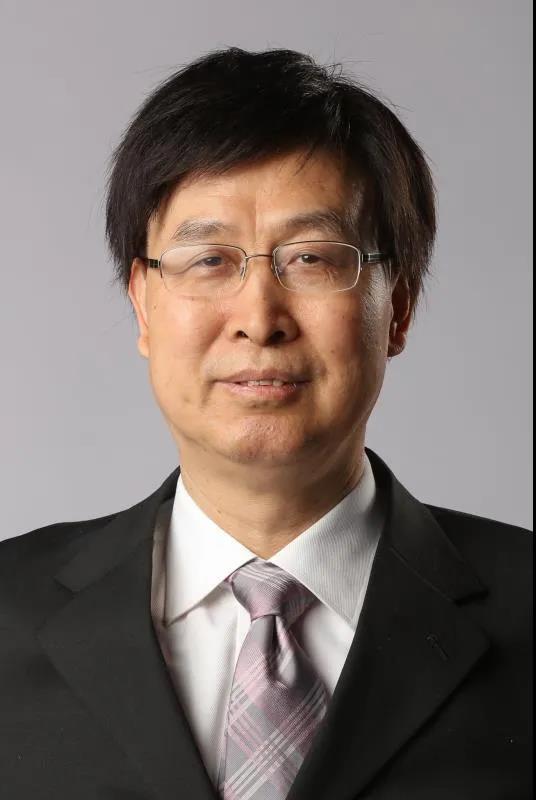 YANG Guangbin, PhD, is a member of the Foreign Affairs Committee of the National Committee of the Chinese People's Political Consultative Conference (CPPCC), Dean of the School of International Studies, Renmin University of China, and Chief Expert of the CPC's Marxist Project. He was employed as Distinguished Professor of Changjiang Scholars of the Ministry of Education of China in 2009. He has published more than 200 papers in Chinese and English, 150 political commentaries and 11 monographs. In recent years, he has made significant achievements in a series of basic theories such as polity theory, democracy theory, political party theory, national governance capacity research and legitimacy theory. Yang has made a certain contribution to construction of China's political discourse by transforming achievements of basic theoretical research into practical policies. The historical political science, YANG proposed and promoted, is considered a new paradigm for the development of Chinese political science. The world political science promoted by YANG is a new agenda for the study of international issues and leads the study of international relations.