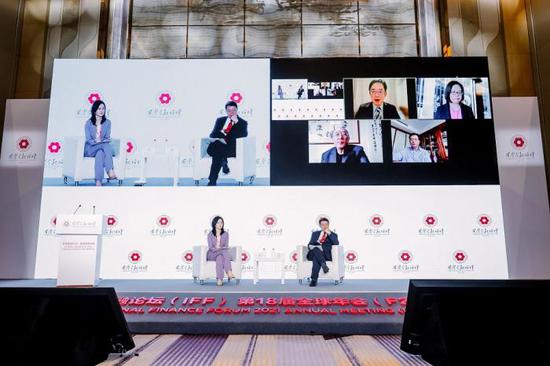 "Internal circulation" will be boosted to form an industrial system in China, which will be more resilient, more quality-beneficial and safer," added Huang.

In the future, China will put equal emphasis on inbound foreign funds and outbound investment, on promoting both export and import, and on coordinated development of coastal and inland areas, along with overall opening-up to the west and east, Huang noted.

What matters most for China is to take precautions against major risks while facing downward pressures; emphasis should be placed on the overlap between weaknesses and risks of development; the "dual circulation" development pattern must be promoted to capitalize on economy and trade, said Yu Lan, president of China News Network.

The importance of retaining steady growth will further increase as structural adjustment, promotion of upgrading, as well as risk prevention go unchanged.

Their views were echoed by Chen Xingdong, chief economist of BNP Paribas.

Statistics from the National Bureau of Statistics showed China's year-on-year GDP growth rates in the first, second and third quarters were 18.3 percent, 7.9 percent and 4.9 percent, respectively.

China's boosting its economy in multiple aspects, including policies against the relapse of the COVID-19 pandemic, according to Chen.

Zheng pointed out that infrastructure expansion projects and modernization plans in the U.S. can provide opportunities for cooperation between the two major economies, therefore promoting stability and prosperity of the global market.

The International Finance Forum is an independent, non-profit, non-governmental international organization founded in Beijing in October 2003.