(WE Talk-CHINA OUTLOOK) LIU Yuejin: National power waxes and wanes, but why has China always maintain 'the Great Unity' for thousands of years?

The Chinese civilization has contributed a unique concept of “the Great Unity”（大一统） to human civilization, which has lasted for more than 3000 years. Looking back on history, China maintained “the Great Unity” even when national power was weak, and did not invade or colonize other countries when strong.

National power waxes and wanes, but why has China always ended up with “the Great Unity” for thousands of years? How does Chinese civilization, take “the Great Unity” as main idea, influence contemporary China? What implication does it offer for building a diverse and inclusive world order?

Professor LIU Yuejin, Member of the Chinese Academy of Social Sciences, recently sat down for an exclusive interview with CNS, explaining the code of “the Great Unity” of Chinese civilization.

Following is the summary of the interview:

CNS: The Chinese civilization is the only civilization in the form of a state that has never been interrupted. What role does the concept of “the Great Unity” play in it?

After the concept of political legitimacy was established, how to maintain it became the focus of ideologist at that time. Sima Qian once studied with Dong. Based on the Spring and Autumn Annals, Sima Qian compiled the Historical Records（《史记》）, delineate the pedigree of Chinese civilization since the Five Emperors comprehensively and systematically.

The “Great” from “the Great Unity” has the meaning of respecting the large area of territory, in other words, it also can be said that unification is great. About the “Unity”, in the Qin and Han dynasties, ideologists finally integrated the theories of the various schools of thought and emphasized Confucianism, in which Taoism and Legalism also played an important role, forming the ruling ideological system that influenced China for more than 2000 years. 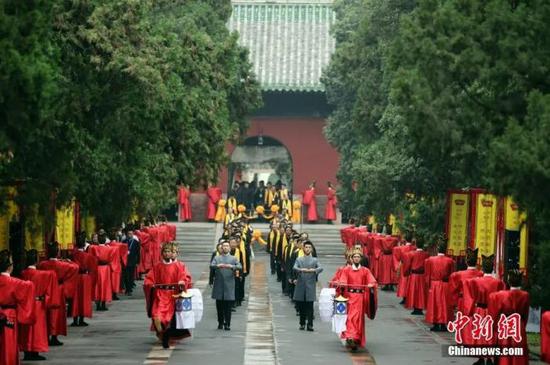 LIU Yuejin: The reason why “the Great Unity” become real in China and last for a long time is closely related to our cultural tradition. History tells us, in major historical events, cultural choices can often affect the development direction of a nation.

Many dynasties in Chinese history had common features, following are 3 of them: first, replaced the decaying previous dynasty by force; second, inherited the institution of the previous dynasty, resolved kinds of contradiction; third, gradually shifting from martial power to civil rule and then to heyday. Of these 3 features, the last is the most important. The regime can be won by force, but it cannot be governed by force. After winning the ruling power, various dynasties throughout Chinese history worked to “the Great Unity” in ideology and culture. This is an important historical experience.

Through more than 5000 years of historical changes, all ethnic groups in China have maintained exchanges and mutual learning with other civilizations, and finally jointly forged the Community for The Chinese Nation. The sense of community for the Chinese nation is the fundamental basis for the longevity of our nation. Each great integration of ethnic groups in Chinese history has contributed to “the Great Unity” of the country and the great development of Chinese civilization.

History shows that problems and differences often resolved by the wisdom of civilization and culture. Only in this way can we achieve the goal of nurturing people and the world with culture. This is the cultural gene of why the concept of “the Great Unity” can be formed and developed in China.

Chinese culture, based on the concept of “the Great Unity”, has a strong cultural appeal in the exchanges of various civilizations. While adequately absorbing foreign cultures and creating the glory of Chinese civilization, the Chinese nation is actively and confidently spreading Chinese culture, which not only nurtures the Chinese people, but also exerts an important influence on nearby countries and even Europe and the U.S. It has become a characteristic and important part of world civilization.

For example, as early as the Silk Road, excellent traditional Chinese culture had already been introduced to Europe. According to L'europe chinoise by Rene Etiemble, since the 17th century, libraries in Britain, France, Germany, Italy and other countries have collected a large number of Chinese classical books. During this period, some Chinese classical books and even some allusions in those books themselves attracted the attention of western scholars. Many people of insight found that eastern culture can internalize national spiritual will, concept of national culture, the awareness of social responsibility and the pursuit of moral cultivation into individual consciousness, helped to eliminate the estrangement and opposition between people, society, and nature, close up the gap between countries, ethnic groups and families, and played an important role in resolving conflicts and crises and integrating social forces. It proves once again that the core of the Chinese humanistic spirit is to use culture as the tool of governance and make the best use of things and people instead of solving problems by force.

CNS: The Communist Party of China(CPC) has made it clear that it will promote the integration of the basic principle of Marxism with the fine traditional Chinese culture. How should this integration keep pace with the times in new era?

LIU Yuejin: As a brand new thought, Marxism was introduced into China in the early 20th century, not only because it is the most scientific objective truth then, but also because of its ability to dialogue and communicate with China’s concrete reality at the cultural level. In this ancient Oriental land, Marxism gradually took root, blossom and bore fruit.

Over the past century, the CPC persist in combining Marxism with China’s actual situation and, with the power of the truth of scientific communism, activated the cultural gene that has been passed down from generation to generation in the Chinese nation, enabling the Chinese civilization once again to give rise to strong spiritual strength. The 19th National Congress of the CPC made comprehensive plans on a series of major issues important to China’s future development, including promoting the creative transformation and development of fine traditional Chinese culture.

In the process of integration of the basic principle of Marxism and the fine traditional Chinese culture, we must enhance the confidence in our culture, cannot be too pedantic, or idolizing foreign cultures too much, not to mention follow the lead of Western culture. We should stick to our own path, which means returning to tradition and making innovations, meanwhile have the mind of “all rivers run into sea, wide hearts embrace all”(海纳百川，有容乃大) to tolerate any kinds of methods. We also should follow the principle of “creative transformation and innovative development” to face the whole world and the future. These are inevitable choices to create brilliant achievements for Chinese civilization.

For another example, the concept of “the Great Unity” regards safeguarding the integrity of territorial sovereignty as a basic symbol of national dignity. No matter when they were born or where they are, every Chinese people is a member of the big Chinese family, and has a strong recognition of national reunification and rejuvenation. This characteristic, which exists in all Chinese people, provides an inexhaustible driving force for promoting national unity and continuing the development of Chinese civilization.

CNS: In your opinion, what inspirations can the concept of “the Great Unity” provide for human race to work together to build a diverse and inclusive world order?

LIU Yuejin: Exploring, answering, and coping with the complexity of various cultures in the world is an important part of fine Chinese traditional culture. As early as 2005, then Secretary of Zhejiang Provincial Party Committee Xi Jinping said: “Our ancestors created an incomparable culture, and the Chinese ‘harmonious and syncretic’ culture is one of the essences of it.”(我们的祖先曾创造了无与伦比的文化，而‘和合’文化正是这其中的精髓之一。)

The “harmonious and syncretic” culture(和合文化) in the concept of “Great Unity” emphasizes that a close-knit community(你中有我，我中有你),in which no one can live alone. The development of human civilization is not an evolutionary process of either-or decision, and does not follow the law of the jungle of the weak and the strong. Nowadays, the “harmonious and syncretic” culture inspires us to work together to build a diverse and inclusive world order.

The “harmonious and syncretic” culture emphasizes responsibility, dedication and cooperation, which is fundamentally different from the western culture that takes interests as the core value, emphasizes man’s natural right and law of competition, advocates individualism.

The “harmonious and syncretic” culture values the persistence of kindness, the upholding of filial piety and the following of etiquette. It has always encouraged diligence, pragmatic and innovation, and upheld the moral principle of “Do unto others as you would have them do unto you”（己所不欲，勿施于人）, respected the patriotism of “Everyone bears responsibility for the prosperity of society.”（ 天下兴亡，匹夫有责）. These profound ideas have been infused into the blood of the Chinese people, and are still full of vitality.

Looking into the future, Chinese civilization is fully engage in dialogue, collision and integration with other civilizations, especially western civilizations, to contribute to the construction of the common values of human. Only when Chinese and Western civilizations work together can we find effective solutions to some major challenges that all mankind will face. 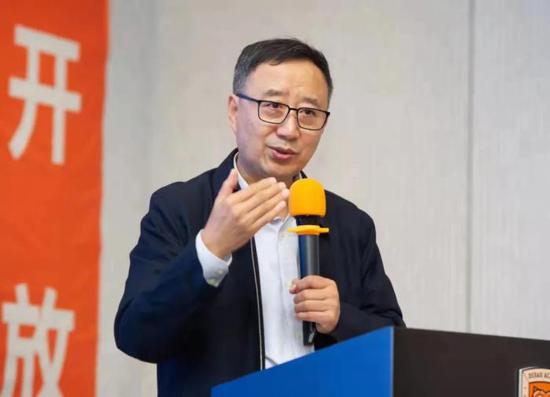 LIU Yuejin is a member of the Chinese Academy of Social Sciences, deputy director of the Department of Literature and Philosophy, doctoral supervisor of the University of Chinese Academy of Social Sciences. He is also the chief editor of Literary Review, president of the Society of Chinese Literary Historical Materials, vice president of The Society of Chinese Modern Culture, the deputy editor-in-chief of the third edition of the Chinese Encyclopedia of Chinese Literature and the editor-in-chief of the Pre-Qin and Qin-Han volumes, and a member of the planning review group of the National Social Science Fund of China.

He is the author of monographs such as “Literary Geography and Literati Distribution in Qin and Han”(《秦汉文学地理与文人分布》), “Chronology of Qin and Han Literature”(《秦汉文学编年史》), “Monarchs and Scholars and Literature in General”(《门阀士族与文学总集》), “Literature Bibliography of the Middle Ages”(《中古文学文献学》), “An Introduction to Classical Chinese Poetry”(《赋到沧桑——中国古典诗歌引论》), and other collections of essays, “Bibliography of Classical Literature Series”(《古典文学文献学丛稿》), “Qin and Han Literature Series”(《秦汉文学论丛》), “A Study of Chinese Classical Literature at the Turn of the Century”（《走向通融——世纪之交的中国古典文学研究》）, “Transcendence in the Return: The Many Possibilities of Literary History Research”（《回归中的超越——文学史研究的多种可能性》）。