BRI is a game changer: Executive secretary of UN ECLAC 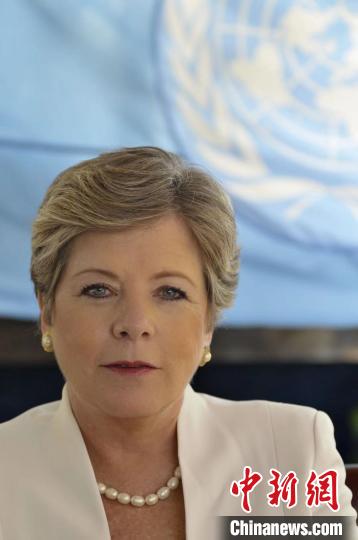 (ECNS) -- "The Belt and Road Initiative (BRI) is a game changer. In a world where international cooperation has been severely weakened in recent years, the BRI is a testimony of China´s continued support for multilateralism and mutually beneficial relations among countries and regions," Alicia Bárcena, Executive Secretary of the United Nations' Economic Commission for Latin America and the Caribbean (ECLAC) said in an interview with Chinanew.com.cn.

BRI, a powerful contributor to a better multilateralism

The BRI should be analyzed beyond geopolitical considerations and misconceptions, and instead be understood as a powerful contributor to a better multilateralism, said the Executive Secretary of UN ECLAC.

It improves collaboration in a massive way for the provision of global public goods, she added.

She praised that the BRI is the most transformative development program since the creation of the Bretton Woods system, and the single largest example of South-South cooperation in history.

She said China promised to made the COVID-19 vaccine a global public good and achieve carbon neutrality before 2060, and she believes the BRI and priority areas of cooperation such as the Health Silk Road, Green Silk Road, and Digital Silk Road, will be critical avenues through which to attain these goals.

BRI, a “big push for sustainability”

In 2020, Latin America and the Caribbean suffered its largest GDP drop in 120 years, estimated at -7.7 percent. This has brought a massive increase in unemployment, poverty and inequality, according to Bárcena.

"Against this background, the region not only needs increased trade with China: it also needs more direct investment from China in manufacturing, services, green energies and infrastructure, including the transfer of technology," she said.

This is where the BRI can make a critical contribution to a more sustainable recovery in our region, through projects that help to close infrastructure gaps and to create new productive capacities, she added.

So far, 19 countries in the region have signed agreements under the initiative. The BRI can play a key role in implementing a new development model for Latin America and the Caribbean, what ECLAC calls a “big push for sustainability”, through facilitating investments in sectors that promote a sustainable recovery, drive technical change, create jobs and reduce external constraints and the environmental footprint.

She pointed out that BRI cooperation priority areas of the Health Silk Road, Green Silk Road, and Digital Silk Road can help form the pillars of the region’s recovery. From the Latin American and Caribbean perspective, these issues will be essential for connecting the emergency response to the pandemic with a transformative recovery, she said.

She gave an example, saying that cooperation under the Health Silk Road could help boost joint efforts for the development of the healthcare manufacturing industry in the region, in products such as medical devices and pharmaceuticals, including vaccines.

China´s positive growth in 2020 amid a deep global recession has been a bright spot in a very challenging time, said Bárcena.

"China is the world´s second largest importer of goods, accounting for 10.8 percent of global imports in 2019. Therefore, its continued demand is a boost to many countries for which China is a crucial export market. This is the case of several countries from our region, especially in South America," she said.

"Our projections at ECLAC indicate that the only major market where our region´s exports registered positive growth in 2020 was China, which is about 2 percent, compared with a 13 percent drop in total exports," she added.

She stressed that mutually beneficial cooperation between the region of Latin America and the Caribbean and China will continue to develop in 2021 as growth picks up in both.

Latin America and the Caribbean countries face massive investment needs to support its recovery, and China, as one of the world´s largest foreign investors, is well placed to help bridge those needs. The challenge also persists of diversifying regional exports to China, which continue to be highly concentrated in a handful of primary products such as iron ore, copper ore, oil and soybeans.

"In a world whose economic geography is changing dramatically, it will be critical for China and Latin America and the Caribbean to work together on common multilateral agendas, including on health, energy, and financial stability," said the Executive secretary of UN ECLAC.

Beyond national efforts, economic reactivation and transformation will require international financing and cooperation, and China’s support in this regard will be critical, she explained.

"At this very difficult juncture, China stands as a reliable partner and a friend. When our countries desperately needed ventilators, surgical masks and other medical supplies, China -unlike other main suppliers- did not restrict its exports, and even donated large quantities of those vital items to several countries," said Bárcena.

She said China has also supported the functioning of global value chains through its promotion of openness and multilateralism, including the signing of the Regional Comprehensive Economic Partnership, which comprises the largest free trade area in the world, and the recently concluded Comprehensive Agreement on Investment with the European Union.