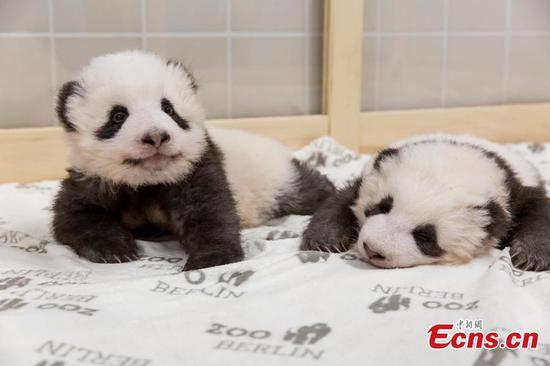 Berlin Zoo’s twin panda cubs Meng Xiang and Meng Yuan are nominated as finalists of “panda cub of the year”, a category under the Giant Panda Global Awards this year. (Photo provided to China News Service)

"Panda cub of the year" is a category under Giant Panda Global Awards 2019 that animal lovers can vote for online till December 23.

This year's award ceremony will be held in Belgium’s Pairi Daiza in January 2020.