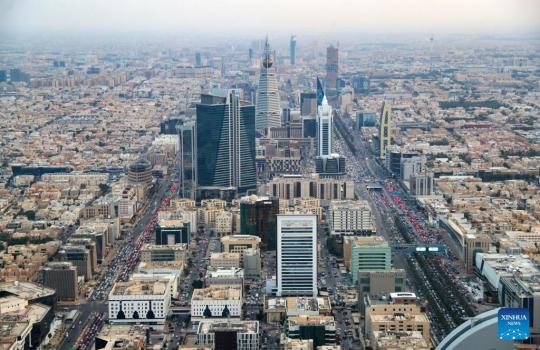 Benefits will rain on Saudi Arabia following President Xi Jinping's state visit, many in the Middle East country believe, said experts of an advisory think tank on global energy economics in Riyadh, as they recalled how his last visit in 2016 had put bilateral cooperation on the fast track.

"Cooperation has been there for a while ... but since then (2016), we have actually seen more and more (combined efforts in the energy sector)," said Fahad Alajlan, president of the King Abdullah Petroleum Studies and Research Center.

Chen Dongmei, who joined the Riyadh think tank in February 2016 and is now one of its two Chinese researchers, said, "When I came here, I often heard my colleagues talking about the historic moment."

Both countries have embarked on a new journey of transformation, she said, recalling that the Saudi government had announced its Vision 2030 initiative within a few months of Xi's visit that year.

Fahad said the idea of forming the advisory think tank dated to 2007, when there was a global energy crisis. Research on energy was mostly done in the Western world. Now, the center, with a focus on global issues, hopes to provide a different viewpoint, not just of Saudi Arabia, but also of emerging economies in the Global South.

Fahad said he believes Xi's ongoing state visit will further consolidate the relationship between the two countries. He said that China is already the largest trading partner of Saudi Arabia and more bilateral cooperation is expected in key industrial sectors beyond energy, such as in telecommunications.

"Members of the Gulf Cooperation Council have done well in terms of infrastructure. There is a need for continuing collaboration with China, especially in technology improvement, and learning from the Chinese experience," he said.

Fahad said that the center looks forward to forging more cooperation with Chinese institutions to understand better how to align the Belt and Road Initiative and Vision 2030.

On Tuesday, the research center signed a memorandum of understanding with the Economics and Technology Research Institute, which is affiliated with China National Petroleum Corp, to promote cross-regional cooperation in energy research.