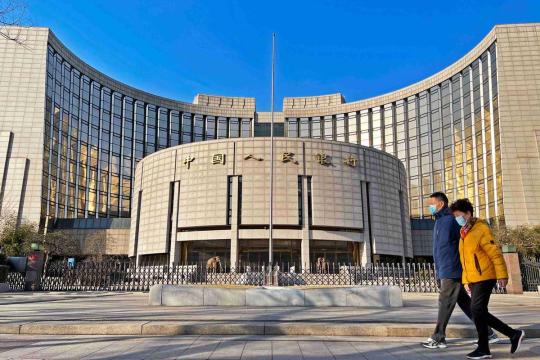 People walk past the headquarters of People's Bank of China, the country's central bank, in Beijing in February. (CHINA DAILY)

China's financial sector has made huge headway by bringing rules, practices in line with int'l standards

They commended the leadership of the Communist Party of China for highlighting the necessity to promote institutional opening-up. A key report delivered at the opening session of the 20th National Congress of the CPC called for efforts to steadily expand institutional opening-up with regard to rules, regulations, management and standards.

Yi said the commission will deepen registration-based reform and promote innovations among a series of key institutions, and align them with best international practices while taking into account the characteristics of the Chinese market.

The country needs to further learn from mature investment mindsets, industry cultures and behavioral standards in global markets and optimize relevant rules regarding accounting and evaluation, Yi said at the recent Annual Conference of Financial Street Forum 2022 in Beijing. 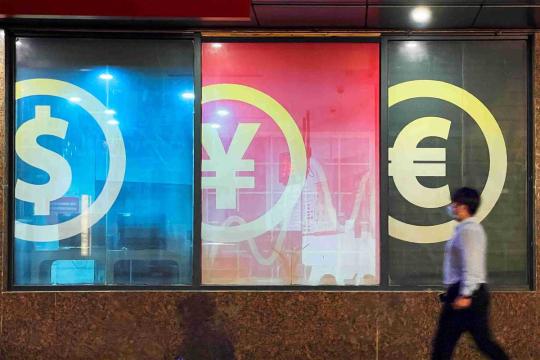 He gave the example that some investment banks in the country have yet to pay sufficient attention to ensuring that the companies they underwrite are investable as their international peers do, and called for efforts to nurture sound professional conduct.

China's capital market has made significant headway in bringing rules and practices more in line with international standards in recent years.

Since 2019, the country has adopted the registration-based initial public offering system－which is widely used in mature capital markets and gives market forces a greater say in IPO processes and pricing－in Shanghai's STAR Market, Shenzhen's ChiNext and the Beijing Stock Exchange.

A-share companies have also engaged more in the disclosure of environmental, social and governance-related information that international investors are concerned with.

As of the end of October, up to 1,462 A-share companies have released ESG reports this year, accounting for 31.21 percent of total A-share companies, up from 27.22 percent in 2021, according to market tracker Wind Info.

"Different markets have different rules. If we cannot align ours with overseas ones in certain ways, the opening-up progress will be substantially affected," Liu said at the recent Shanghai International Financial Center Development Forum 2022.

Efforts will also be made to improve and expand the Shanghai-Hong Kong Stock Connect, including helping the exchange-traded fund connect program cover more regions, and strengthen cross-border cooperation regarding market indexes, Liu said.

Trading via ETFs under the stock connect mechanism between Shanghai, Shenzhen and Hong Kong commenced in July, meaning that investors based on the Chinese mainland have gained access to eligible Hong Kong-listed ETFs and vice versa.

Also pointing to a steady process of improving market connectivity, the country has expanded the Shanghai-London Stock Connect scheme this year.

The connect, which initially enabled Shanghai-listed companies to raise capital by issuing Global Depository Receipts, or GDRs, in the United Kingdom when it was launched in 2019, now allows eligible companies listed in both Shanghai and Shenzhen to issue GDRs in the UK, Switzerland and Germany.

Official data showed that five A-share companies had issued GDRs in the UK and seven in Switzerland as of early November, raising more than $8.5 billion in total.