Hou Kai, auditor general of the National Audit Office, will hold the chairmanship of the United Nations Board of Auditors for two years starting on Jan 1, the board decided at its 52nd special session held in Santiago, Chile, on Tuesday.

After the special session, Hou emphasized the significance of the UN as one of the most important international organizations at a time when the world is dealing with momentous changes unseen in a century and the development of humanity is facing significant challenges. 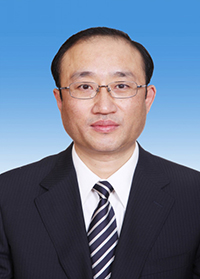 Hou said that he will be working closely with other members of the board to deliver professional and independent audits, which could help the UN to improve management and performance, enhance transparency and accountability, and improve reform and governance.

Efforts will be made to contribute to the implementation of the UN's 2030 Agenda for Sustainable Development and the building of a community with a shared future for humankind, he said.

The Board of Auditors is an important governance institution of the UN. It was established in 1946 to independently audit the accounts and performance of the UN organization, as well as its funds and programs, and to report its findings and recommendations to the General Assembly.

The UN secretary-general is responsible for urging relevant entities to implement the audit recommendations.

The three members of the board are appointed by the General Assembly, and each must be the auditor-general or officer holding the equivalent title in a member state.

Besides Hou, the other two members of the board are Jorge Bermudez, comptroller general of Chile, and Pierre Moscovici, first president of the Court of Accounts of France.