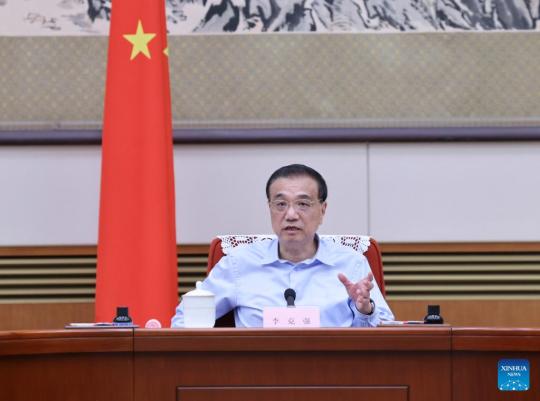 Premier Li Keqiang called on Wednesday for efforts to effectively coordinate pandemic response and socioeconomic development and step up implementing policies on stabilizing the economic growth to enable the economy to remain within a reasonable range in the fourth quarter.

Li made the remarks while chairing a meeting held to advance the work to stabilize the Chinese economy in the fourth quarter.

He said that due to unexpected factors, China's economy declined markedly in the second quarter.

Given the situation, the central government unveiled a timely package of policies and put the efforts to stabilize the economy in a prominent position, Li said.

Efforts have been made to support market entities, stabilize employment and prices, and expand demand, he said, and these arduous efforts have reversed the economic decline and the overall economic operations stabilized in the third quarter.

Noting that stabilizing the overall economic parameters is crucially important to job creation and people's well-being, Li urged efforts to comprehensively implement the new development philosophy, effectively coordinate the COVID-19 response and socioeconomic development, seize the moment and advance work to carry out the policies put forward by the central government so that they will be fully effective in ensuring stable economic growth in the fourth quarter.

Due to weak demand, Li called for trying every means to expand investment and consumption, and to stimulate the economic activities of market entities and social capital

He urged efforts to continue to implement the package of central government policies, including financial tools, to step up infrastructure construction and upgrading of equipment in manufacturing, the service sector and public services.