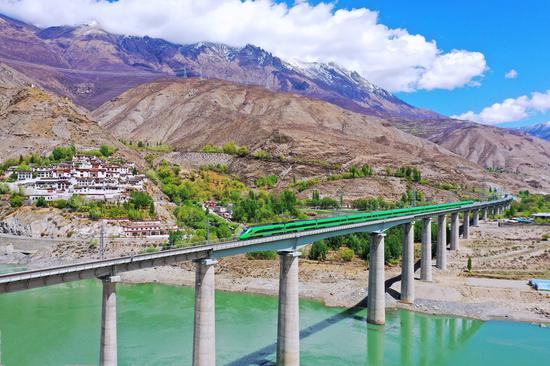 Southwest China's Tibet Autonomous Region has achieved robust economic growth and stability over the past decade, according to a press briefing in the regional capital Lhasa on Tuesday.

Tibet's gross domestic product surged from 71 billion yuan (about 10.5 billion U.S. dollars) in 2012 to 208 billion yuan in 2021, with an annual average growth of 9.5 percent, said Wang Junzheng, Party chief of the region.

Wang noted a rapid development in seven industries in the region, including clean energy, the high-tech and digital industry, and culture and tourism.

About 628,000 households registered as living under the poverty line in the region were lifted out of poverty during the period, while the per capita disposable income of local farmers and herders has nearly doubled over the past decade.