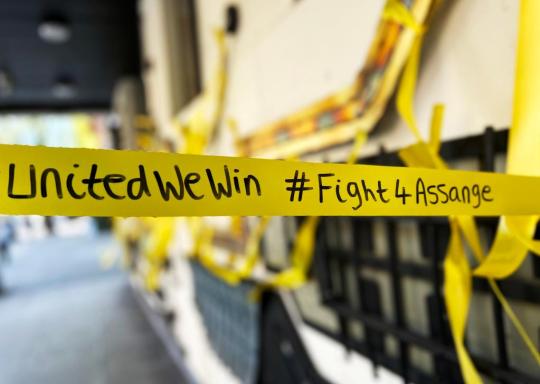 The decision on whether to approve the extradition now rests with British Home Secretary Priti Patel, although Assange's lawyers may still appeal within 14 days against any decision that approves the extradition.

"In layman's terms, I am duty bound to send your case to the Secretary of State for a decision," said chief magistrate Paul Goldspring after he issued the extradition order.

Last month, Britain's Supreme Court denied Assange permission to appeal against a High Court decision to extradite him to the United States.

Assange, 50, is wanted in the United States on allegations of disclosing national defense information following WikiLeaks's publication of hundreds of thousands of leaked military documents relating to the Afghanistan and Iraq wars a decade ago, which included an Apache helicopter video footage documenting the U.S. military gunning down Reuters journalists and children in Baghdad's streets in 2007.

He has been held at south London's high-security Belmarsh Prison since 2019. He married his long-term partner Stella Moris, a lawyer, in the prison last month.

The U.S. extradition request for Assange is retaliation in disguise, and this constitutes yet another example of the United States encroaching on other countries' sovereignty, Moris said.

"The United States is abusing its real power, its ability to get others to do what it wants because of its might, in order to silence him, because he has embarrassed parts of the United States," Moris said then.

Lawyers for the United States said earlier that Assange would be allowed to transfer to Australia, his home country, to serve any prison sentence he may be given.