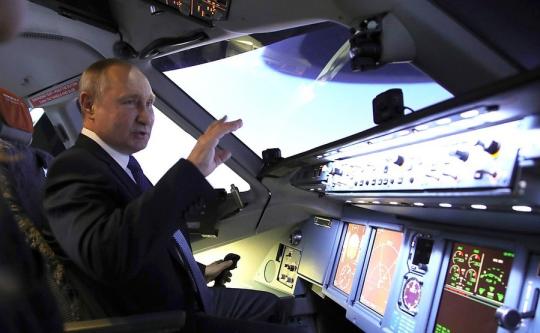 Russian forces will fulfill all their assigned tasks and the operation in Ukraine is proceeding in accordance with the plan and schedule, Putin said at a meeting with women flight crews of Russian airlines.

Commenting on a new wave of Western sanctions, Putin said they are akin to a "declaration of war."

He stressed that there is no need to introduce a state of emergency in Russia.

It was "a difficult decision" to launch a special military operation in Ukraine, but there are "absolutely real threats" to Russia, the president said.

If Ukraine joins the North Atlantic Treaty Organization, the whole military bloc is obliged to support Kyiv militarily and Ukraine may get into Crimea, leading to direct clashes between Russia and NATO, Putin warned.

As Russia demands demilitarization of Ukraine, Putin said there are many different options on the negotiating table with Kyiv.