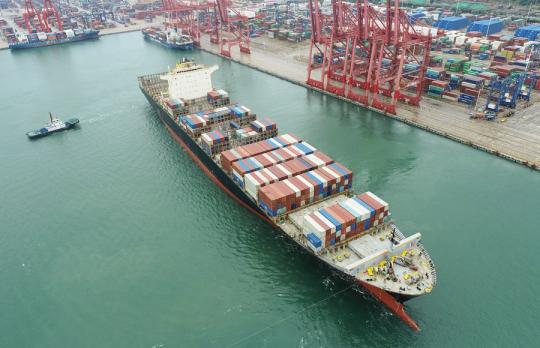 China's recovery is well advanced but would benefit from more balance and positive momentum, said officials of the International Monetary Fund on Thursday.

During a media call on the publication of the 2021 China Article IV Staff Report, IMF officials offered several recommendations for better economic recovery and high-quality growth in China, one of which is that both China and the United States should try to solve the problems in its economic relations, especially in the technology sector.

Under Article IV of the IMF's Articles of Agreement, the economic consultation involves bilateral discussions between an IMF team of economists and insiders of a member country to assess economic and financial developments and address relative risks.

He introduced three key messages from the report.

First, the Chinese economy is slowing, so macroeconomic policies need adjustments to protect growth. China's monetary policy has already moved in the right direction with the rate of reductions recently.

The second message is that rebalancing the economy away from investment toward consumption will secure high-quality growth and bring China closer to reaching its ambitious climate goals.

The report also mentioned that financial support to strengthen social protection would help.

In the third message, the IMF suggested re-accelerating key real-sector reforms and ensuring that private firms compete with state-owned enterprises on an equal footing.

The IMF's World Economic Outlook released on Tuesday anticipates moderate global growth from 5.9 percent in 2021 to 4.4 percent in 2022－0.5 percentage points lower than in October, mainly because of rising cases of the Omicron variant, a disrupted recovery and higher inflation.

China's GDP growth was 8.1 percent in 2021 and forecast at 4.8 percent for 2022, "with the deceleration in 2022 partly reflecting the fading of base effects, while subdued private consumption and real estate investment are adding headwinds".

Lower growth was forecast for the world's two largest economies－the U.S. and China.

In response to a question from China Daily, Berger said the reasons for the downgrades are "quite different".

He said that for China, it has to do with real estate investment, because delayed recovery consumption is still lagging other GDP components.

In the U.S., it is more about fiscal policy.

"So, our recommendations for both economies (is) to solve any issues in terms of trade, FDI, including in the technology sector jointly, to the well-established multilateral rules based trading system."

According to the IMF Executive Board Assessment for the 2021 Article IV consultation, the directors emphasized a fact that China has a key role in multilateral efforts to address global challenges.

The directors welcomed China's efforts to reduce financial vulnerabilities, and its continued role in the global fight against the pandemic, including facilitating access to vaccines. They also welcomed China's rechanneling of part of its SDR, or special drawing rights, reserves to support the recovery of low-income and vulnerable countries.

In a statement on Wednesday, IMF Managing Director Kristalina Georgieva sent her "warmest greetings to all the people in China and in other countries who celebrate the Lunar New Year".