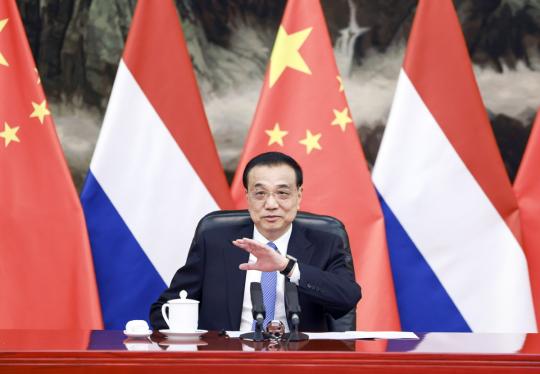 Premier Li Keqiang underlined on Wednesday the need for China and the European Union to uphold dialogue, cooperation, properly handle differences and strive toward the healthy and steady growth of bilateral ties.

In a virtual meeting with Dutch Prime Minister Mark Rutte, Li said the Netherlands, a key member of the EU, should play a constructive role in promoting ties between Beijing and Brussels.

The meeting came after Li extended a congratulatory message to the Dutch leader after his reelection earlier this month.

Rutte said that China and the EU must jointly respond to the COVID-19 pandemic and climate change.

This year marks the 50th anniversary of the establishment of diplomatic ties between China and the Netherlands.

Hailing the Netherlands as a key partner of China in Europe, Li said China stands ready to scale up bilateral cooperation in sectors including response to climate change, science and technology and modern agriculture.

China welcomes imports of more high-quality agricultural produce from the Dutch side, he added.

Li reiterated China's pledge to pursue a reform and opening-up policy and foster a business environment that is based on market principles, the rule of law and international standards, saying that the nation will continue to offer a level playing field for both domestic and foreign businesses registered in China.

Li expressed support for the establishment of an entrepreneurs' council to serve as a new platform for exchanges and cooperation between business leaders from both nations.

Rutte said he believes China will host successful Winter Olympics and athletes from both nations will put on a good performance at the event.

The two nations have seen constructive cooperation in wide-ranging areas, and bilateral relations have embraced a good growth momentum, he said.

He expressed hope that the two sides can further expand positive bilateral relations and deepen cooperation in people-to-people exchanges, trade, economics, agriculture and the circular economy.

The Netherlands is China's second-largest trading partner in the EU, with bilateral trading volume reaching $91.8 billion in 2020, according to China's Foreign Ministry. 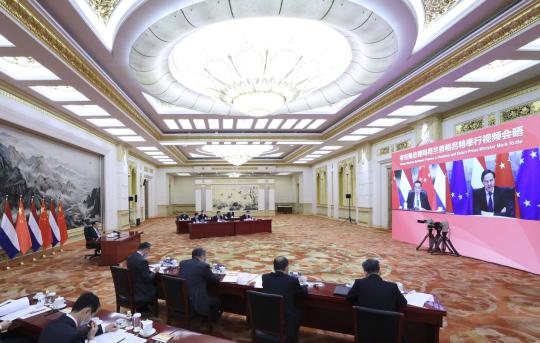