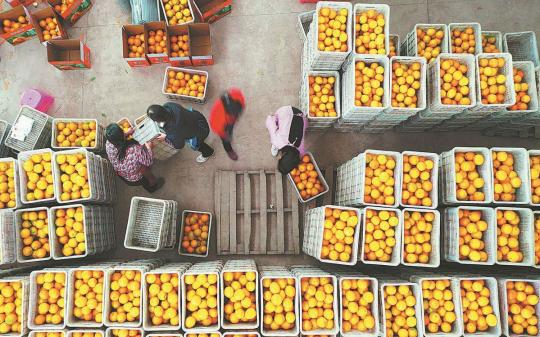 Premier Li Keqiang pledged on Tuesday to roll out more targeted aid packages for smaller firms, self-employed people and struggling sectors as he chaired the third symposium in a week to solicit opinions on a draft of the Government Work Report.

Li spoke with representatives of non-Communist parties, the All-China Federation of Industry and Commerce and people without party affiliation on the draft of the report, which will be submitted to the annual session of the 13th National People's Congress in March for deliberation and approval.

He reiterated that the nation will give greater priority to stability, saying that targeted regulation, instead of strong stimulus policies, will be adopted.

The government will further boost market confidence, stabilize market expectations, deepen reform and opening-up and keep enhancing the vitality of the market and momentum for growth, he said.

The Central Economic Work Conference in December, which mapped out priorities for economic policies in 2022, pledged to roll out new tax cuts and fee reductions for businesses, especially small firms and self-employed people, and make it easier and cheaper for them to obtain financing.

In 2021, the State Council, China's Cabinet, adopted a host of support policies for the nation's 44 million micro and small businesses and over 95 million self-employed people, including steps to encourage financial institutions to expand loans and loan renewals.

Ding Zhongli, chairman of the Central Committee of the China Democratic League, suggested at the symposium that the nation further improve its energy development strategy and step up the protection of rural and urban cultural heritage.

Hao Mingjin, chairman of the Central Committee of the China National Democratic Construction Association, proposed that the government further coordinate its fiscal strength to maintain economic growth and scale up its aid packages.

Multipronged measures to ensure public well-being and full employment were highlighted by Cai Dafeng, chairman of the Central Committee of the China Association for Promoting Democracy, at the symposium.

Wan Gang, chairman of the Central Committee of the China Zhi Gong Party, gave insights on further boosting business confidence and market expectations as well as developing the digital economy.